Honeyberries are a newer and unique-tasting fruit in Minnesota

Have you ever heard of a honeyberry? It’s a fruit fairly new to Minnesota. many fans will tell you it’s a combination of flavors from blueberry to cherry to a sweet candy taste. But, it's only available for just a few more weeks.

WHITE BEAR LAKE, Minn. (FOX 9) - Have you ever heard of a honeyberry? It’s a fruit fairly new to Minnesota. Many fans will tell you it’s a combination of flavors from blueberry to cherry to a sweet candy taste. But, it's only available for just a few more weeks.

At the White Bear Meadery, you can embrace the Viking era by sipping the "drink of gods": Odin’s Honeyberry Mead, one of many mystical magical meads available and many say the best.

"It’s a cross between blueberry-cherry flavor," said Sandra Malone with the White Bear Meadery. "The honeyberry is kind of an interesting flavor because it’s kind of a mystery berry.

But you can’t have Odin’s Honeyberry Mead without the honeyberries to make it. Farm Lola in Wrenschall, Minnesota is where we first met up with White Bear Meadery co-owner Josh Eckland, picking honeyberries.

"It may take five, six, seven times to come up," explained Eckland. "Tonight we’re spending the night and then we’ll pick in the morning, so we’ll make a two-day event out of it."

Honeyberries look like almond-shaped blueberries, but the taste is unusual and unpredictable. 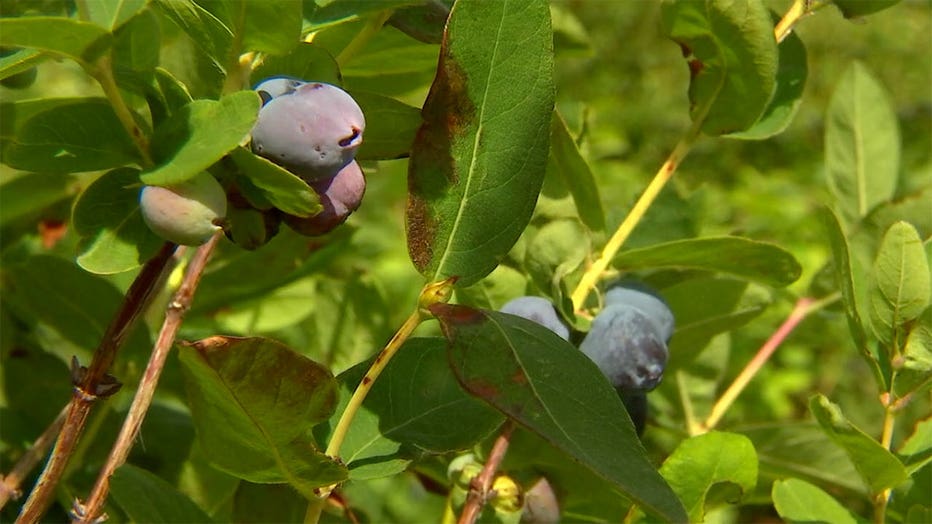 "A honeyberry is like a sweet tart that fell in love with a blueberry," said Jason Admundsen with Farm Lola. "Everyone is different. Some are sweet, some are tart, some are sour."

They’re a plump, softer fruit and the weather in Minnesota is perfect for growing honeyberries -- which originated in Siberia.

"It’s the perfect climate for northern Minnesota so we fit right in," said Admundsen.

But a honeyberry isn’t just a honeyberry. There are dozens of varieties. At Farm Lola, there are about 14 types. They all taste different and everyone has their favorite.

Viktor Zhdamkin and his wife Olga prefer the Aurora variety and will pick for hours. 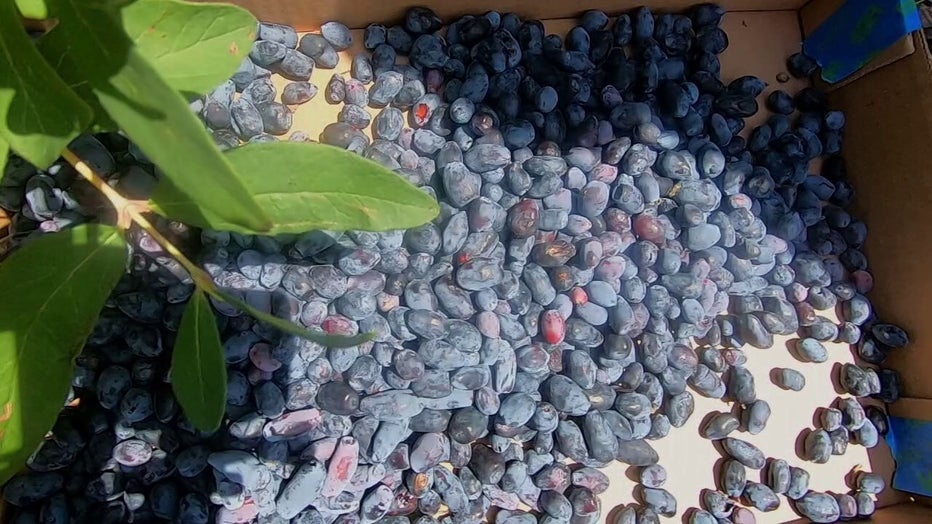 The couple has been coming back for a few years, loading up and leaving with several pounds.

"Just freeze them and then I actually eat them raw, but you can put them in jams in whatever your cereal," Viktor added.

But as soon as it all begins, the honeyberry picking season seems to end, only lasting until the end of July.

"What heartens me and why we keep going back every year is people love it," added Admundsen. "And I love it and the fruit is spectacular."