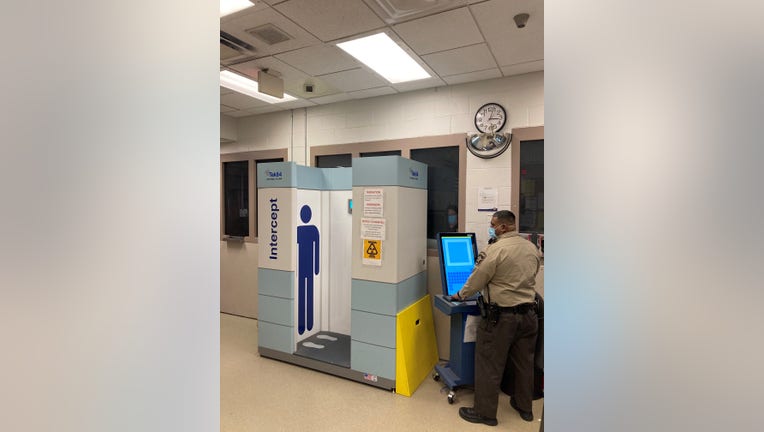 (FOX 9) - A new full-body scanner is now in use at the Hennepin County Public Safety Facility to help staff search inmates quickly and unobtrusively, the Sheriff announced Monday.

Sheriff Dave Hutchinson said deputies are using the airport-style x-ray scanner to locate concealed items on people being processed into the jail. The scanning process takes only four seconds and is radiation safe, the Sheriff's Office says.

According to a news release from the Sheriff’s Office, drug and alcohol overdoses rose about 72 percent since 2016 nationwide. The scanner, the Sheriff hopes, will help reverse that trend in Hennepin County.

Last year, state lawmakers authorized use of the x-ray equipment in corrections facilities. The Department of Health issued a variance to the county to use the new scanner last week.