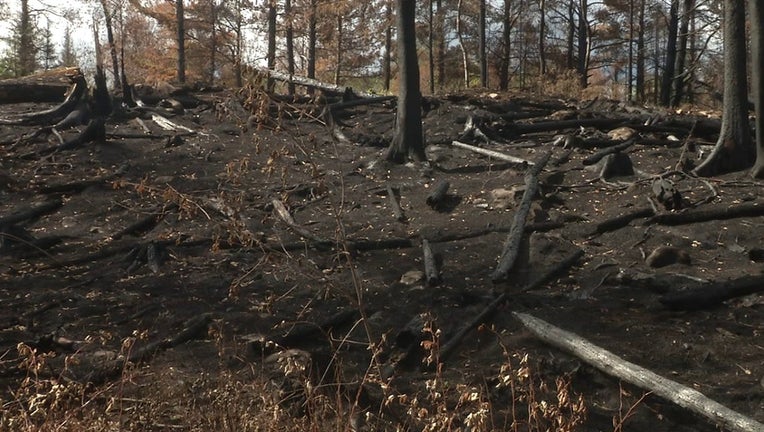 (FOX 9) - Superior National Forest officials allowed members the opportunity to drive deep into the forest to see the devastating impact of the Greenwood fire near Isabella, Minnesota firsthand.

At last report, the blaze scorching some 26,000 acres, more than 40 square miles. Sadly, flames destroyed 14 primary structures, meaning homes and cabins, as well as 57 outbuildings. All of it was destroyed in a single day on August 23.

"All of our fire indicating indices at record-setting levels, so everything high, everything available to burn that day, expected to grow, grew 10,000 acres that day," recalled Patrick Johnson with the Superior National Forest.

Now, the belief is with Mother Nature’s help firefighters are getting the upper hand on the blaze first detected nearly a month ago. We’re told an inch of rain fell on the area just Tuesday. The initial cause of the fire was a lightning strike followed by explosive fire growth in the days that followed.

Officially, now, the Greenwood fire is at least 49 percent contained with crews still spraying water and digging up dirt in a defensive effort to extinguish the remaining fire and block it from spreading any further.

"It is still possible that this fire could get up and move again," warned Johnson. "Hopefully, we’ll be there and doing everything we can to mop it up and prevent that from happening but it is a possibility.