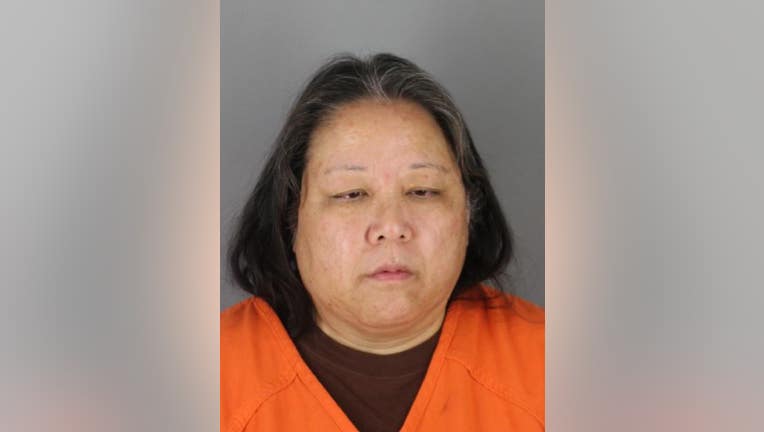 Mai Vu Vang has been charged by warrant with six counts of theft by swindle. (Hennepin County Jail)

MINNEAPOLIS (FOX 9) - A Brooklyn Center, Minnesota woman is now in custody at the Hennepin County Jail in connection to her alleged ginseng farm scheme after she evaded authorities for more than two years.

In December 2017, the Hennepin County Attorney's Office charged Mai Vu Vang with six counts of theft by swindle. Authorities believed she was in Georgia, but local police officers were unsuccessful in finding her until they arrested her at a traffic stop last month in Clark County. She was held there on unrelated charges until she was brought back to Minneapolis over the weekend.

Monday, the 51-year-old had her first appearance in Hennepin County District Court, during which a judge set bail at $500,000 without conditions.

According to the criminal complaint, Vang ran a fraud scheme in which she encouraged members of the Minnesota Hmong community to invest in a ginseng farm she claimed to own in Wausau, Wisconsin. From 2012 to 2014, nine victims lost more than $450,000 to Vang. During that two-year period, records from Mystic Lake Casino show her buy-in totaled more than $1 million.

Vang's next hearing is scheduled for May 14.