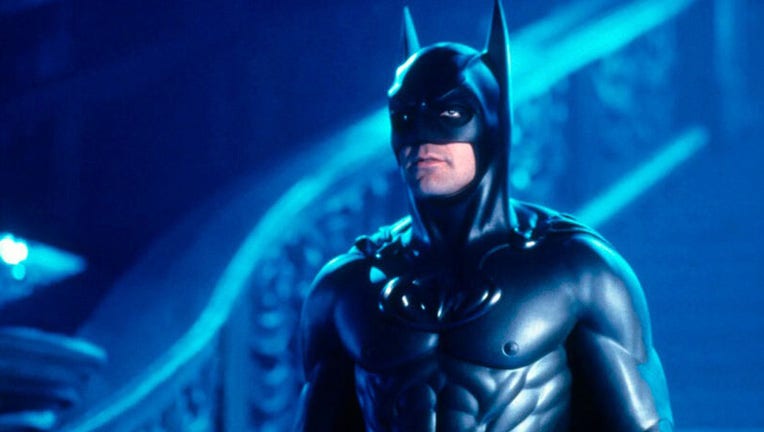 The notorious suit that George Clooney wore in the 1997 film Batman and Robin is on the auction block with a $40,000 opening bid.

Texas-based Heritage Auctions is handling the sale of the original costume, which was sculpted by Sculptor Jose Fernandez with input from Joel Schumacher, the film’s director.

"This is easily the most famous—and infamous—Batman costume ever designed, as evidenced by the fact that all these years later, it continues to make headlines every time Tim Burton and George Clooney get asked about it," Heritage Auctions’s executive vice president Joe Maddalena told Variety in a statement. "But to his credit, Joel Schumacher never apologized for the ‘Bat-nipples.’ In fact, he once told Vice, ‘I’m still glad we did it.’ And I am just as glad we have the chance now to offer this piece of cinema history to someone who can appreciate the costume as much as Schumacher clearly did."

RELATED: Clooney nixes political future: 'I would actually like to have a nice life'

The suit is the fifth Batsuit in the modern movie franchise and was made by combining elements of the third franchise suit with those of the "Sonar Batsuit," including an iridescent metallic finish, the Utility Belt, and arm fins, according to Heritage Auctions. The cow and cape are both marked "GC" for George Clooney and came from the Warner Bros. archives.

RELATED: Sale of long-lost ‘Wizard of Oz’ dress put on hold by judge

Film critic Roger Ebert gave the film a two-star rating, and it’s got a 12% rating on Rotten Tomatoes. Clooney reportedly told The New York Post that it was a bad idea to take on the role, calling it "unsuccessful both as box office and as a film."