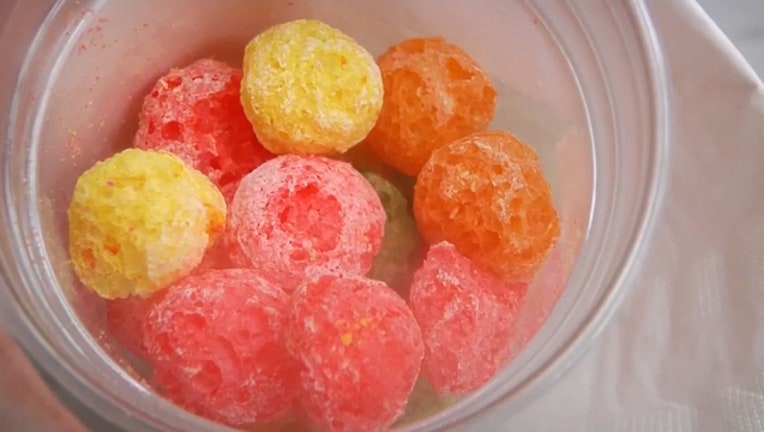 ST. AUGUSTINE, Fla. (WOFL FOX 35) - A Florida mom whose son was recently hospitalized after he ate a "Dragon’s Breath" snack is warning others about the dangers of the liquid nitrogen-infused treat, especially for those with asthma.

Racheal McKenny, of Saint Augustine, took a trip last week with her two children and husband to The Avenues Mall in Jacksonville. Shortly before leaving the mall, McKenny's son, Johnny, asked if he could try the cold treat that is coated in liquid nitrogen, allowing those who eat the treat to blow “smoke” out of their nose and mouth.  The effect resembles a dragon, hence the name.

Roughly 10 minutes after eating the "Dragon’s Breath," Johnny, who has mild asthma, started coughing.  It progressively got worse, so the family stopped at the St.Johns County Fire Rescue station #12, where paramedics started Johnny on an albuterol treatment and IV before transporting him to a local hospital.  McKenny says her son is now “doing well.”