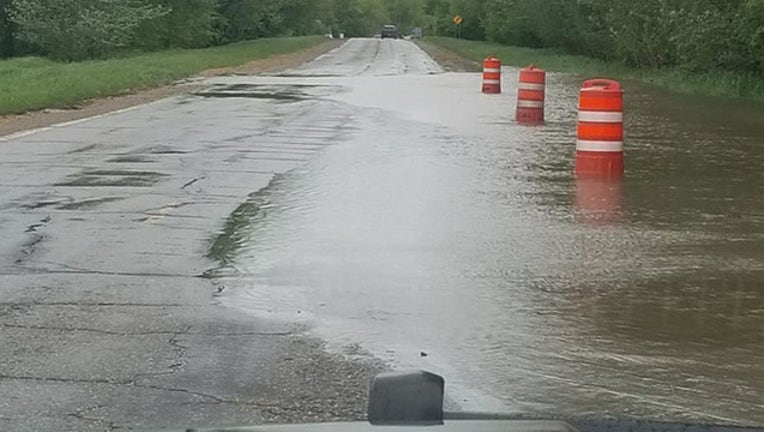 HENDERSON, Minn. (FOX 9) - Roads in and around Henderson, Minnesota are closed once again due to flooding.

Heavy rain over the last few weeks has caused flooding on the Rush River south of the town, prompting the Minnesota Department of Transportation to close Minnesota Highway 93 between US Highway 169 near Le Sueur and Ridge Road in Henderson.

Minnesota Highway 19 is also closed east of Henderson between North 4th Street and Henderson Station Road due to flooding.

Floodwaters have compromised other roads in the area throughout the spring, leading to road closures. In late March, the town erected a flood wall that, at one point, held back as much as four feet of water from entering the city.

The flood wall was reinstalled in April after a spring snowstorm caused water levels in the Rush and Minnesota rivers to rise.

Henderson has taken its spring flooding woes in stride, however. On April 5, the town closed down a block of Highway 19 in the city and threw “Flood Fest”—a street party with live music, food and dancing.