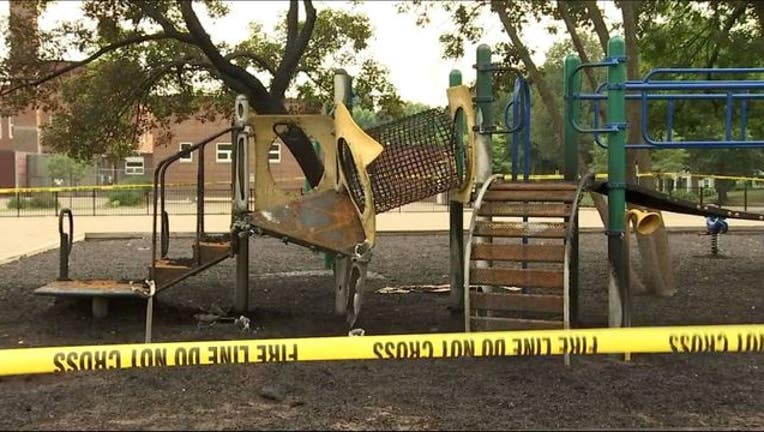 MINNEAPOLIS (KMSP) - Playground equipment at a Minneapolis elementary school is now a mess of melted plastic and charred metal after an apparent fire.

According to Minneapolis Public School officials, the damage was discovered at Lake Harriet Lower Elementary School in south Minneapolis Sunday afternoon. The case is still under investigation and the district is still determining what to do in order to move forward.

Dirk Tedmon, an MPS spokesman, says the playground equipment will eventually be removed and replaced with rubber mulch.

Tedmon says it will take at least six to eight weeks for new playground equipment to be installed.