The launch is expected to occur on Wednesday afternoon and FOX 35 will take it live.

NASA and SpaceX will launch the first astronauts since the retirement of the space shuttle program in 2011 on May 27 from launch pad 39A at Kennedy Space Center.

The veteran astronauts are scheduled to lift off on Wednesday afternoon.

Veteran astronauts Doug Hurley and Bob Behnken will ride SpaceX’s Crew Dragon spacecraft into orbit on top of a Falcon 9 rocket. They will travel to the International Space Station for the Demo-2 mission, testing the Dragon spacecraft systems for the first time in orbit before beginning their extended stay in space.

When the time to return home comes, they will re-enter Earth's atmosphere and splashdown just off of Florida's Atlantic Coast. SpaceX's Navigator recovery vessel will find them and bring them back to Cape Canaveral.

Preparing for launch next week

Astronauts are prepping for next week's manned mission into space. FOX 35 will have continued coverage of the historic launch.

If the mission is successful, it will validate SpaceX’s crew transportation system, including the launch pad, rocket, spacecraft, and operational capabilities. This will allow the Crew Dragon spacecraft to complete longer missions, taking the next step in space exploration.

MORE NEWS: Who are the astronauts that will embark on the first manned mission into space in nearly ten years?

President Trump will travel to Cape Canaveral for the launch, the White House said.

Vice President Mike Pence believes the launch will serve as a sign of hope for Americans in the midst of the coronavirus pandemic, citing that "it'll remind the American people that even in the midst of the most challenging times, America still moves forward."

Walt Disney World, Universal Orlando, and SeaWorld Orlando will present plans for reopening this week. On Wednesday, Florida Gov. Ron DeSantis was joined by Vice President Mike Pence in Orlando where they hosted a round table discussion on how to safely reopen the hospitality and leisure industry.

The launch will also signify a step in the Trump administration’s goal to reestablish American dominance in space. In December 2019, Trump signed a defense spending bill authorizing the creation of the Space Force as the sixth branch of the U.S. military. 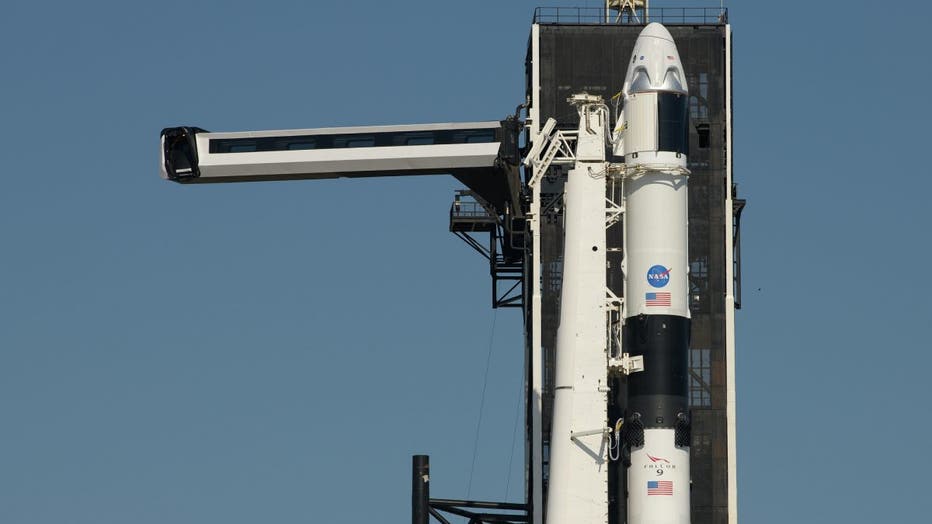 MOBILE USERS: Click here to tune in to FOX 35 Orlando