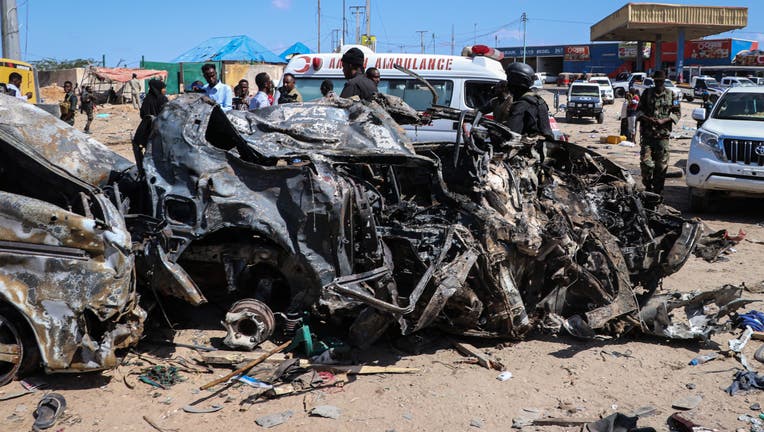 (FOX 9) - Nearly 100 people are dead and hundreds more injured in a terrorist attack in the center of Somalia's capital.

A car bomb went off in Mogadishu during the busy Saturday morning rush hour. The deadly bombing has Minnesota's Somali community worried and desperate to get in touch with their loved ones.

Nearly 100 people are dead and hundreds more injured in a terrorist attack in the center of Somalia's capital.

So far, no one in Minnesota has been able to officially confirm a relative or loved one died in the blast, but there are still many people unaccounted for in Mogadishu. The most critically hurt have been flown to Turkey for assistance. The bombing is the 20th car explosive attack this year in the country.

The death toll continues to climb in Mogadishu after a massive car bomb went off near a busy intersection near a transit station.

“This was a heavily busy transit corridor where people come and take different buses in different directions," explained Jaylani Hussein, who is the Executive Director of the Council on American-Islamic Relations. "I’ve been in that region. In fact, I’ve been on that corner February of this year. It’s just terrifying to see that large of a death toll."

Hussein learned of a close call with his 17-year-old niece who had been at that transit station just a few minutes before the bomb went off.

“One of my relatives was actually just 15 minutes from that, had just got on a bus to go home from that transit," he explained. "[She] just missed within 15 minutes and could hear the explosion."

Hussein says Minnesota's Muslim and Somali-American community is in mourning and trying to get in touch with loved ones who may have been impacted.

"Relatives and distant relatives have probably been killed because Minnesota has such a large Somali population and we have relatives all over the world," he said. "But obviously in Somalia most of us have some relatives who may have died or others who have been impacted by this."

This was the worst attack in Somalia since 2017 when a bombing killed hundreds. Responding to the bombings on Sunday, U.S. military officials said three airstrikes were conducted against Al-Shabaab militants in Somalia.