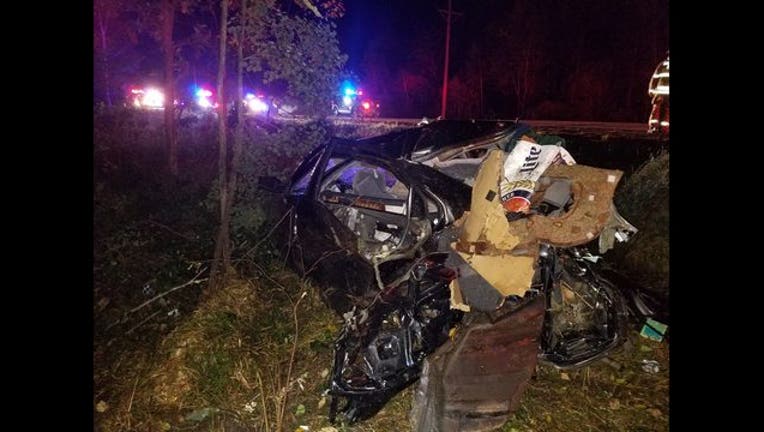 DALLAS, Wis. (KMSP) - One person was critically injured after they were ejected from their vehicle during a crash in western Wisconsin early Saturday morning.

The crash occurred shortly after 2 a.m. near the intersection of County Road A and 18 1/2 Street near Dallas. According to the Barron County Sheriff's Department, the 28-year-old driver was traveling west on County Road A when the vehicle went onto the shoulder. The driver then overcorrected, causing his vehicle to go into the eastbound lanes and off the road, striking some trees.

The driver was ejected from the vehicle and airlifted to the Mayo Clinic in Eau Claire, where he was listed in critical condition.

The sheriff's department says alcohol appears to be a factor in the crash.