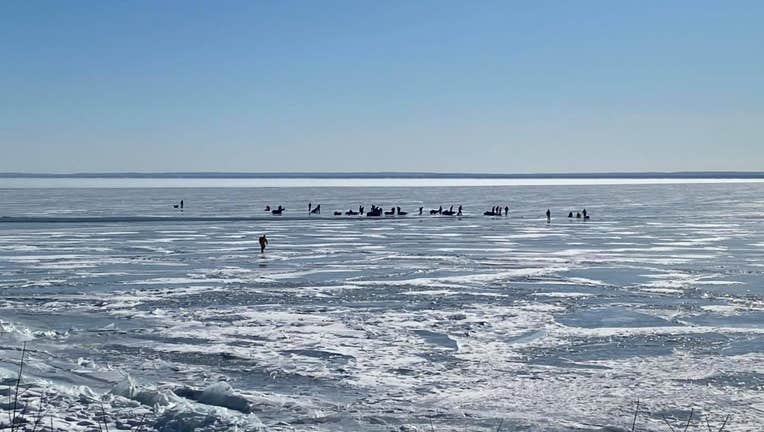 Around 30 anglers were stranded on Lake Superior Tuesday when an ice sheet broke from from the shore. (Duluth Fire Department / FOX 9)

DULUTH, Minn. (FOX 9) - Authorities rescued roughly 30 anglers who became stranded on Lake Superior in Duluth, Minnesota Tuesday after an ice sheet broke off from the shore and began to drift into the lake.

A large group of anglers had been fishing in individual fish house when they ice they were on separated from the shore, according to the fire department. 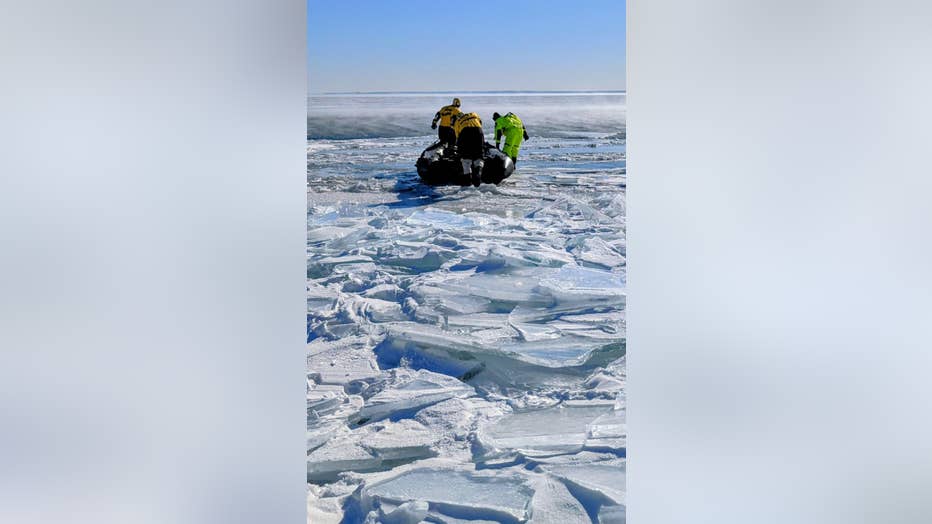 All the anglers were rescued and brought to shore. No injuries were reported.

The sheriff’s office is reminding people that that "no ice is safe, especially with the ever changing conditions of Lake Superior."