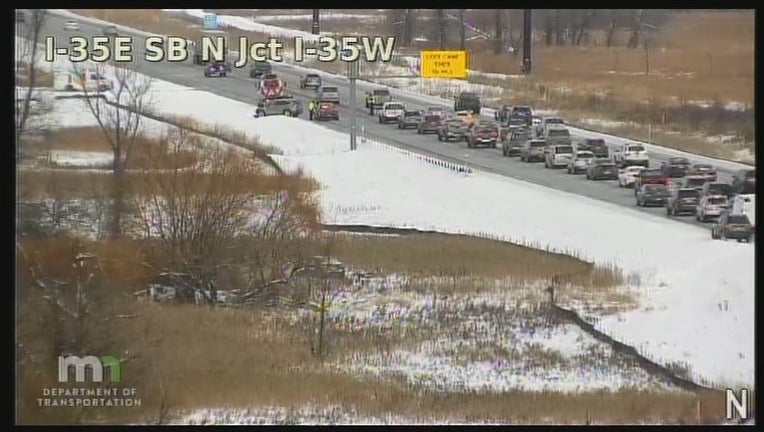 (FOX 9) - The Minnesota State Patrol is investigating after a dog wandered onto Interstate 35 East, causing a minor crash outside Forest Lake, Minnesota.

According to officials, Saturday morning, authorities responded to a property damage crash on I-35E and I-35W shortly after a dog was spotted on the interstate. The dog was not injured in the crash.

The dog was later seen near Highway 97.