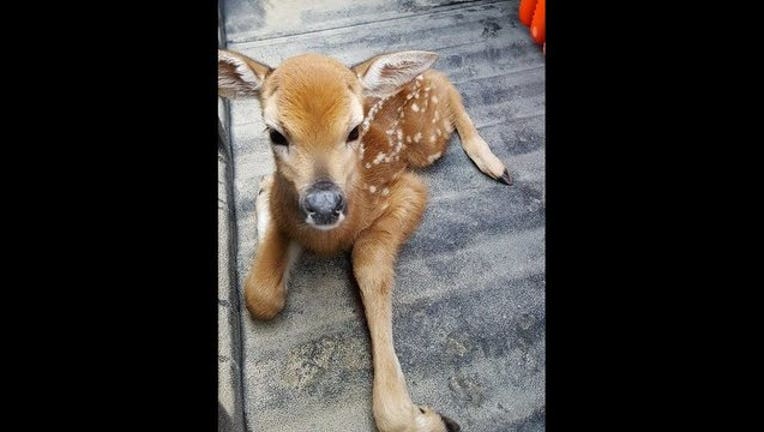 (KMSP) - The Minnesota Department of Natural Resources is asking the public not to touch or disturb deer fawns that are being born this time of the year.

Most fawns are born between late May and mid-June. They may look abandoned or fragile in their first few weeks of life, but the DNR says people should resist the urge to assist wildlife because it may do more harm than good.

The Dakota County sheriff’s office recently responded to a call at Lebanon Hills Regional Park of a fawn that was reportedly struggling to walk and “crying” a lot. Authorities took the fawn to a deer rehabilitation center, where staff determined that it had simply been born in the last couple of days and was not injured.

“Fawns do fine even if they look abandoned or fragile,” DNR big game program leader Adam Murkowski said in a statement. “People can give them the best chance of survival by leaving them alone.”

The rehabilitation center later helped reunited the deer with its mother in the park, but stories like this do not always have a happy ending.

The DNR says moving fawns and bringing them into human environments separates them from their mothers, and once fawns are moved they often end up dead.

The DNR is offering the following tips for what to do if you find fawns in the wild:

Deer and moose nurse their young at different times during the day, and often leave their young alone for long periods of time. These animals are not lost. Their mother knows where they are and will return.

Deer normally will not feed or care for their young when people are nearby.

Deer fawns can lose their natural fear of people, a fear that can be essential to their survival.

Keep domestic pets indoors, leashed or fenced in. Dogs can kill fawns and other baby animals.