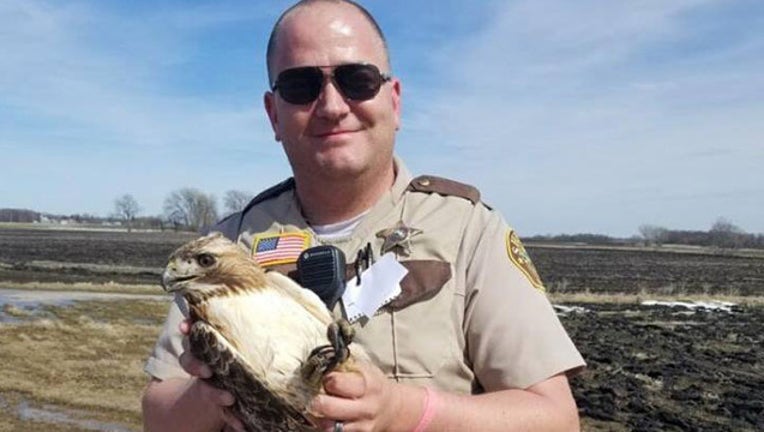 ST. PAUL, Minn. (FOX 9) - A hawk will hopefully soon be spreading its wings again once it recovers at the Raptor Center at the University of Minnesota in St. Paul.

Tuesday afternoon, the McLeod County Sheriff's Office responded to a report of a hawk hit by a car.

The deputies found the hawk was still alive and attempting to fly.

They brought the bird to the Raptor Center, where it will receive treatment. The center rehabilitates more than 700 sick and injured raptors every year.