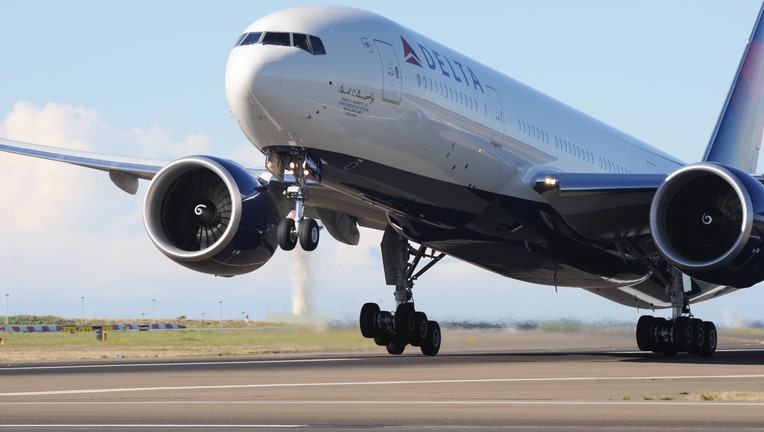 Delta Air Lines takes off on July 4, 2009 in Sydney, Australia. The worlds largest airline, Delta Air Lines, took off from Sydney's International airport with its Boeing 777 for its very first flight from Australia to the United States. The company a

MINNEAPOLIS (FOX 9) - Delta Air Lines is permanently retiring its Boeing 777 fleet by the end of the year, the company announced Thursday.

The move is the beginning of a shift toward a “smaller network, fleet and operation,” over the next two to three years, according to a memo written by Delta CEO Ed Bastian.

The airline has been flying the 777 since 1999 and Bastian said retiring the “iconic” aircraft is not an easy decision. Delta had 18 of the aircraft in its fleet.

In an internal memo to Delta employees, Bastian said the company is currently burning $50 million a day during the COVID-19 pandemic. $1.2 billion have been refunded to Delta customers since the pandemic began, including $160 million in May so far.

He also pointed to an expected slow return in international travel due to the pandemic and said the A330 and A350-900 from Boeing rival Airbus will perform the long-haul duties formerly performed by the 777s. Bastian said the Airbus models are more fuel-efficient and cost-effective.

“Steps like this help us stem the bleeding, in an effort to safeguard Delta jobs and our future, Bastian said.

The company has already accelerated the retirements of the MD-88 and MD-90 aircrafts.

Delta has parked more than 650 jets of its fleet during the pandemic.