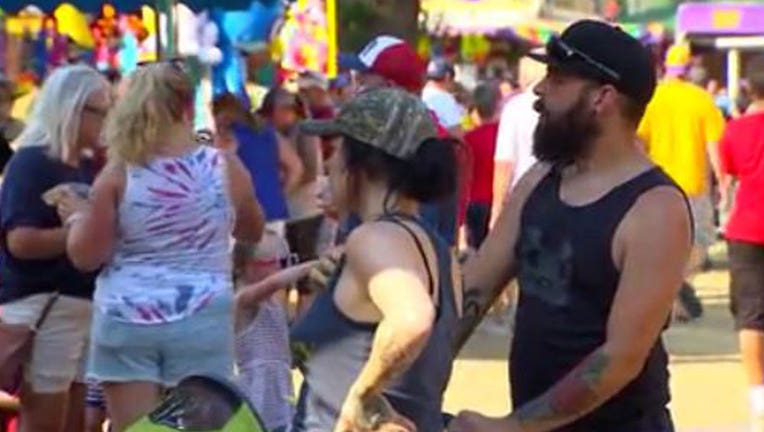 Families gather for a Fourth of July celebration in Delano, Minn.

DELANO, Minn. (FOX 9) - Delano is known for having one of the largest and oldest Fourth of July celebrations, and this year organizers scrambled to prepare the event after its cancelation last year and unknowns about the possibility of it happening in 2021.

"Usually this is a 52-week process for us [and] we did it in seven," Chairman of the Delano Fourth of July Committee, Alex Roeser said.

Delano is known for having one of the largest and oldest Fourth of July celebrations and this year organizers scrambled to prepare the event after it’s cancelation last year and unknowns about the possibility of it happening in 2021.

Delano has hosted a Fourth of July event since 1857 and typically welcomes thousands of visitors for food, rides, entertainment, baseball tournaments and fireworks.

He said he wasn’t sure if he could get enough volunteers on such short notice and was concerned visitors might not return after their year hiatus. Roeser said the opposite has happened. He says over the four day event they’ve had record-breaking numbers in food sales and attendance.

"It is very satisfying. It’s like, wow this is very important not just to the people who work here but to all of the people who come, as well," Roeser said

One of the signature events of the festival is the high-tech fireworks display put on by volunteers with the nonprofit Northern Lighters Pyrotechnics. This year, they had to do some extra safety preparation because of the dry weather.

"We actually did a controlled burn of the field last night," volunteer Greg Glavan said.

He says, like the actual event, they had to act quickly to prepare for this year.

"Ordinarily it takes us about 10 months to plan this display," Glavan said. "We had six weeks to do it and we’ve done it and we’re very excited about how it’s going to look tonight."

Roeser said people started claiming spots for the fireworks show as early as July 1st. Every year the show is scheduled to start at 10:30 and runs almost a half an hour.

Organizers say they’re excited to bring the event back and continue the very meaningful tradition.

"The spirit of community is written on our water towner and over these four days you really get to see it," Roeser said.