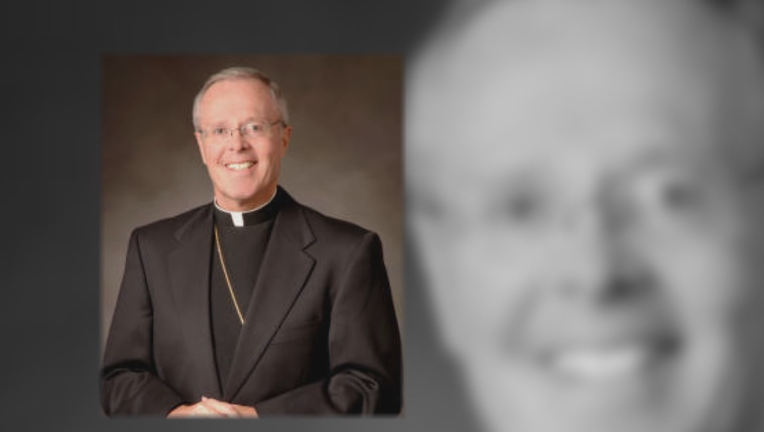 Bishop Michael Hoeppner of Diocese of Crookston is going to be investigated under new procedures set by the Vatican. (FILE / FOX 9 Minneapolis-St. Paul)

ST. PAUL, Minn. (FOX 9) - The Archdiocese of St. Paul and Minneapolis has started an investigation into Diocese of Crookston Bishop Michael Hoeppner under Pope Francis’ recent legislation addressing bishop accountability in the church worldwide. He is the first Minnesota bishop to be investigated under this protocol.

In a statement, Archbishop Bernard A. Hebda said he was authorized by the Congregation for Bishops to start the investigation into whether Hoeppner “carried out acts or omissions intended to interfere with or avoid civil or canonical investigations of clerical sexual misconduct in the Diocese of Crookston.”

The Crookston, Minn. bishop was alleged to have abused a child in a previous lawsuit.

Hebda says the preliminary investigation will gather information regarding the truthfulness of the allegations.

That information will then be sent to the Pope’s representative in the United States and the Congregation for Bishops in Rome to determine if further investigation is warranted.

While it is not known exactly why Hoppner is being investigated, the Bishop was part of a lawsuit in 2017.

In that lawsuit, a man named Roger Vasek claimed he was abused by a Crookston priest in 1971. Vasek claimed it was Hoeppner who asked him to sign a letter recanting the abuse allegation. A settlement was reportedly reached and the diocese of Crookston did not admit to any wrongdoing by Hoeppner.

From Archbishop Bernard A. Hebda:

Anyone who has information to report related to this investigation is encouraged to contact Tim O’Malley, Director of Ministerial Standards and Safe Environment for the Archdiocese of Saint Paul and Minneapolis, who is leading the investigation. His direct phone number is 651-290-1618.  His email is omalleyt@archspm.org. Anyone who has information about alleged misconduct by another bishop is urged to report that information to former Hennepin County Attorney Thomas Johnson, an independent lay person who has volunteered to serve as the receiving authority of such allegations under the motu proprio. His direct phone number is 612-632-3207. His email is thomas.johnson@gpmlaw.com.