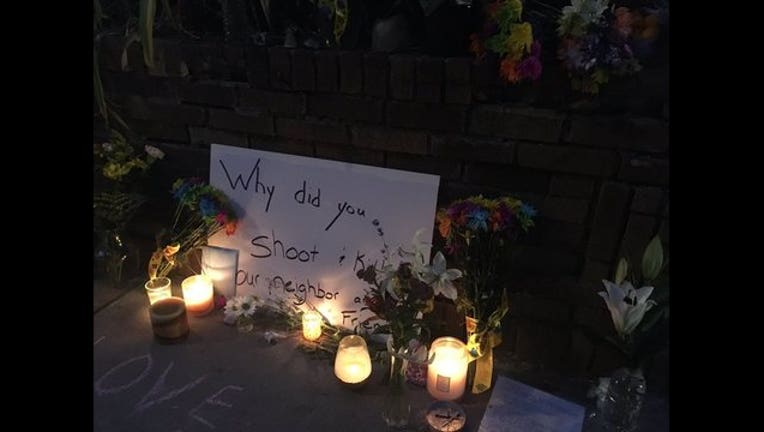 Community vigil in southwest Minneapolis after Justine Damond was shot and killed by police.

MINNEAPOLIS (KMSP) - Minneapolis City Council member Linea Palmisano is leading the charge for what she calls a fundamental change to the Minneapolis Police Department from the top down.

“We must seriously consider whether we need a change of leadership in our police department," Palmisano said at a city council meeting Friday.

Palmisano represents Ward 13, where Justine Damond was shot and killed by a city officer after calling 911 about a possible sexual assault in her alley.

“I’m waiting for the police chief to give me a call,” Palmisano said. “I’m surprised that she’s even back. and in town and has not directly given a call even when I’ve set up for her to be able to call Justine’s fiancé.”

Among the changes Palmisano said she would like to see within MPD are more senior officers partnered up with more inexperienced cops. Officer Mohammed Noor had been on the force  for 21 months the night he shot Damond. His partner had only had 10 months on the job.

“We absolutely need a new Mayor who can work with a new police chief,” said Alondra Cano.

“I personally believe we should have greater oversight of the police department,” council member Andrew Johnson said. “Right now it is just the mayor as our only civilian leader overseeing police department. We literally have more oversight of potholes than we do our own police. I think that is wrong”

To that point, council member Cam Gordon agrees. He wants to change to the city charter to give city council members more power over how the police department is run.

“The only concern I have on just focusing on the police chief is thinking that is going to change everything,  and I don’t think it necessarily is," Gordon said.

For now, Palmisano is calling for an oversight audit of police body camera usage. She points out the systemic problem of officer-involved shootings has got to stop

“I am done with damage control and crisis management and day by day I am moving beyond sadness and I am angry," she said.

At last check, five council members are on board with Palmisano and her call for a fundamental change with the police department. So far neither Chief Janee Harteau  or Mayor Betsy Hodges are commenting.