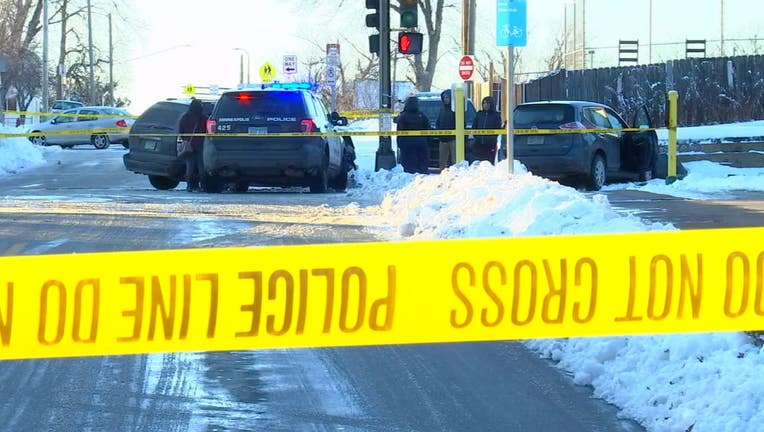 A driver of one of the vehicles involved in a crash in north Minneapolis took off in a good Samaritan's running vehicle, where a child was still inside.

According to Minneapolis police spokesman John Elder, at 2:38 p.m. police responded to a two-vehicle crash at N 26th Avenue and Lyndale Avenue North that was blocking the intersection.

A child was found safe after a man drove off in a stolen vehicle, according to the Minneapolis police.

Since the father had left his phone in the minivan, police were able to track the minivan's location and at 3:17 p.m. officers found it abandoned with the boy inside near East 23rd Street and 14th Avenue South. The boy had a minor injury and was taken as a precaution to North Memorial Medical Center, where he was reunited with his mother.

"An incident that could have certainly ended far, far differently," said Elder. "We're thankful for the people at the scene that helped the officers with information, people that comforted the father at the time. The people that were there were fabulous."

Officials believe drugs may have played a role in the crash.

Police are searching for the suspect and are canvassing the area where the minivan was abandoned in south Minneapolis.