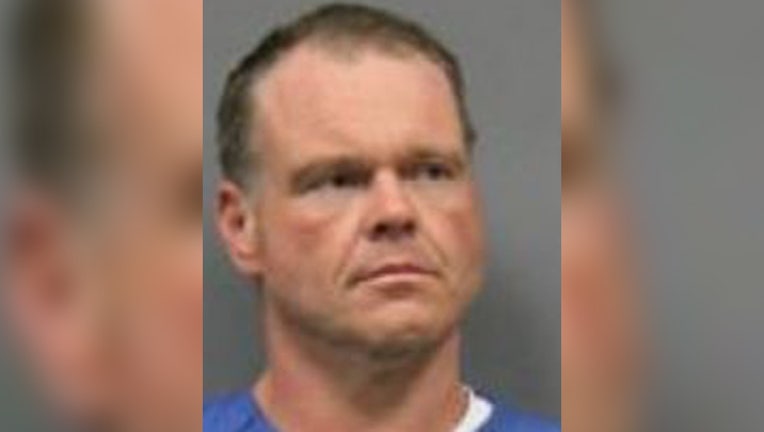 Preston Paul Prokasky is charged after he allegedly drove his SUV into the river intentionally. One of his passengers died at the scene. (FOX 9 Minneapolis-St. Paul)

WILLOW RIVER, Minn. (FOX 9) - A Willow River, Minnesota man is charged after he allegedly drove his SUV into the Kettle River intentionally Monday afternoon, leaving one of his passengers dead.

According to the criminal complaint, 43-year-old Preston Paul Prokasky is charged with two counts of criminal vehicular homicide in connection to the incident.

At about 3:48 p.m. Sept. 16, dispatch received a 911 call reporting a vehicle in the Kettle River with at least one person still believed to be inside. When deputies arrived, they learned the driver, Prokasky, and one of his two passengers had been able to get out of the Ford Escape after it went into the river. The other passenger was unaccounted for and believed to still be in the SUV.

A dive team located the Escape submerged in 14 feet of water. The body of the other passenger was recovered from the vehicle shortly after 6 p.m. He was identified as 47-year-old Eugene John Oestreich.

According to the complaint, Prokasky told police he tried to drive across the river, but did not know the river was so deep. When they started to sink, he climbed out the driver's side window, and the other passenger followed him.

The passenger told police Prokasky said he was going to drive across the river, and that he told Prokasky not to do it and to let him out. He said Prokasky told them he thought he could make it and drove into the water.

When authorities asked Prokasky why they went to the river, he said the three of them were on a "wild goose chase." He also said Oestreich was living with him until the previous day, when Prokasky kicked him out.

Prokasky told police that when they went into the water, Oestreich rolled up his window and said he couldn't swim. Prokasky also admitted that the three men used methamphetamine earlier in the day.

Prokasky made an initial appearance in Pine County court Wednesday and is due back in court on Sept. 24.