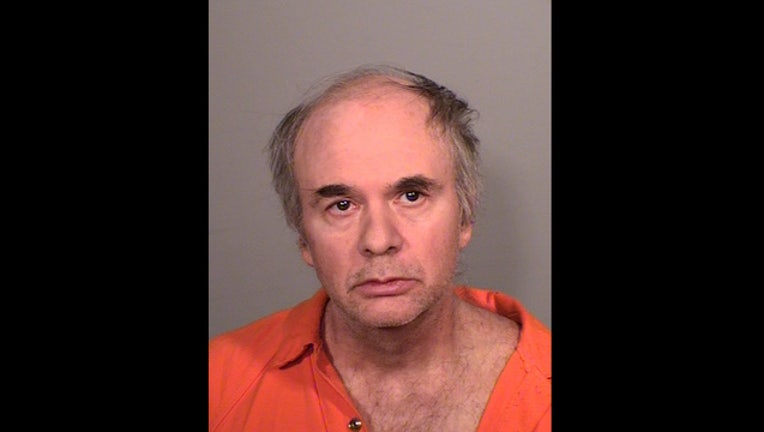 ST. PAUL, Minn. (KMSP) - A 56-year-old Oakdale man has been charged with felony second degree assault after hitting a woman with a pickup truck and dragging her for 15 feet at a St. Paul Target parking lot.

According to the criminal complaint, on Wednesday, Christian Smalley pulled up in front of the Target at 1300 University Ave and waited by the entrance for about 12 seconds, making no effort to turn into the lot, despite no traffic in front of him.

A 23-year-old woman then left the sidewalk and started walking toward the parking lot when Smalley veered his truck to the left and drove directly at her.

Just before she reached a nearby median, the truck hit her, pushing her forward onto the hood before she fell and was dragged for about 15 feet.

When Smalley stopped, another person ran to help the woman, who was screaming underneath the truck.

Bystanders screamed for him to get out of the truck. Seconds later, he drove out of the parking lot, running over the woman with the truck's rear wheels.

The woman had severe road rash on the left side of her face and scrapes all over her body. Crews took her to the hospital.

Police later spoke Smalley. He told them "I just hit a girl at Target with my vehicle" and that he was off his schizophrenia and bipolar medications.

Smalley has been civilly committed for mental illness before, most recently in August of 2016 in Ramsey County.