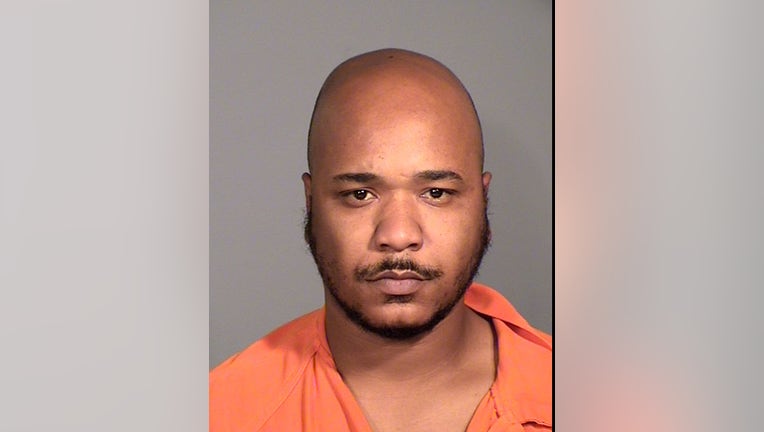 ST. PAUL, Minn. (FOX 9) - A 33-year-old St. Paul man has been charged in connection to a St. Paul shooting that left one man dead and another person injured last month.

According to the criminal complaint, on October 27 at 11:30 p.m., St. Paul police officers responded to a shooting at Kent Street and Central Avenue. When they reached the area, they found a man, later identified as 28-year-old Shawn Jones, slumped over the steering wheel at Dale Street and St. Anthony Avenue. Jones' vehicle had at least 10 bullet holes in it. Officers found .40 caliber casings at the scene.

Emergency crews took Jones to Regions Hospital, where he later died. The Ramsey County Medical Examiner's Office determined he died from a gunshot wound to his upper abdomen. Another man was also injured in the shooting, according to police.

After further investigation, officers learned about 15 minutes before the shooting about 20 people showed up to Central and Kent to make a rap video, which many of the participants streamed live on social media. Police believe some of the lyrics could be considered as "taunting" rival gangs.

According to police, Baker is known to police to be associated with a gang that is a rival to the one that made the rap video.

Most of the people left after they filmed the video, but Jones and another person were still sitting in their vehicles when a white van drove by and the van's driver opened fire and then drove off.

Investigators used surveillance video to track the white van from the shooting scene. Authorities learned the van drove to an apartment complex in Oakdale where video showed two men getting out the vehicle. They appeared to clean the inside of the van, remove the license plates and throw something away in a dumpster. Based on what the two men were wearing, investigators believe Butler was the van's driver. The men eventually left in two different cars, one being a Chevrolet Blazer. Police matched Baker as the owner of the Chevrolet Blazer.

Police later arrested Baker and another suspect connected to the case during a traffic stop on Tuesday on Highway 120 just north of I-94. Inside the vehicle, police found a loaded .40 caliber handgun.