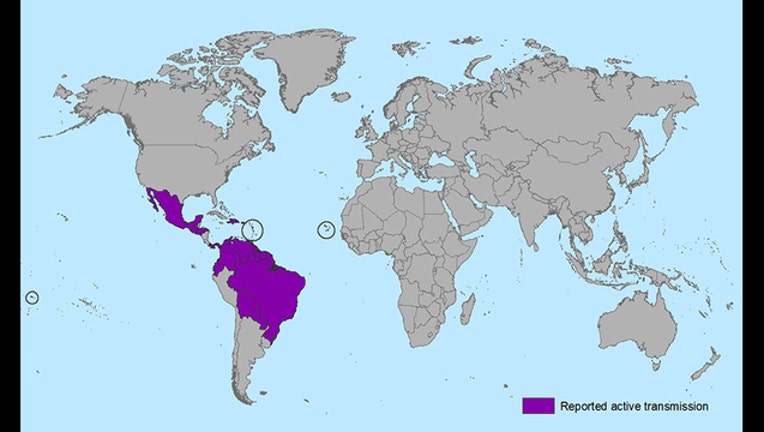 ST. PAUL, Minn. (KMSP) - The CDC has confirmed a Zika virus infection in a Minnesota woman who returned from a trip to Honduras earlier this month. According to the Minnesota Department of Health, an Anoka County woman in her 60s reported her symptoms on Jan. 1. She was never hospitalized and is expected to make a full recovery.

Zika virus not a threat to Minnesota

Zika virus is not generally infectious from person to person. It is transmitted by the bite of a certain species of mosquito, Aedes, which is not currently found in Minnesota.

“Zika virus is not a health threat for people in Minnesota, but it is a reminder that anyone traveling to a different part of the world should be mindful of the health issues present in that region,” said MDH Commissioner Ed Ehlinger. “Since some regions where Zika is circulating are popular destinations for Minnesota travelers in the winter, we expected we might see cases of Zika in the state.”

Nearly 80 percent of people infected with Zika virus have no symptoms. Others typically show mild symptoms, such as fever, joint soreness, rash or red eyes. In less than one percent of cases, severe outcomes have been reported, including microcephaly (abnormally small heads) in infants, miscarriage and Guillain-Barre syndrome.

This is the first confirmed case of Zika virus infection in a Minnesota traveler this year. The last Minnesota case was detected in 2014 in a man who traveled to French Polynesia.

There are no vaccines or treatment for Zika virus. The best prevention measure is to avoid mosquito bites in areas known to harbor the disease. As of January 27, the CDC is recommending pregnant women avoid traveling to Zika-affected areas, which include: