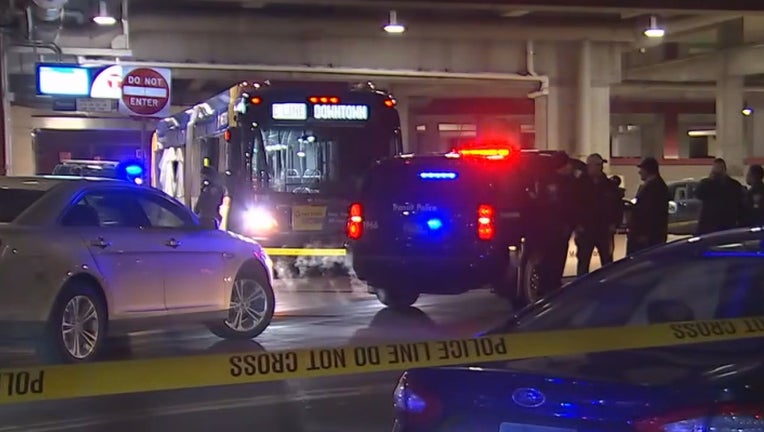 One man was killed and another was injured after a man opened fire on a Metro Transit bus.

MINNEAPOLIS (FOX 9) - The man who died after being shot on a bus in Minneapolis was honored by loved ones Thursday.

A vigil was held near Ramp A, not far from the very spot he was shot and killed one week prior. Police said Tommie McCoy was killed when a gunman opened fire hitting him and wounding another man.

The man who died after being shot and killed on a bus in Minneapolis was honored by loved ones on Thursday.

The act of violence onboard a Metro Transit bus has resulted in a public outcry for action. At Thursday's vigil, family members hoped McCoy's death would bring about that change.

McCoy's cousin Trahern Pollard spoke from the heart about the dad and grandfather who loved ones knew as "Top Cat."

"That gives us hope and it gives us comfort knowing Top Cat is with you, Father God," he said.

The alleged gunman, Malcolm Lessley, who shot a different man in the face first on that C-Line bus, has been charged with murder. McCoy’s family said the 51-year old wasn’t part of the initial exchange, becoming an innocent victim apparently on his way home for the night.

"It’s very, very, very hard to stand here," said McCoy's sister Bonnie Martin. "It’s very hard to get on the bus. I was on the bus the other day and I had a panic attack. So it was hard for me, a person who uses public transit, to even be on that."

"It's not Metro Transit's fault what occurred on that bus," added Pollar.

For Pollard, the deadly shooting has rocked his world. He grew up with his cousin on the southside of Chicago and is a veteran bus driver who’s grateful that Metro Transit has taken a harder look at on-board safety in recent days.

"We need to put a police officer on every bus? No. That ain’t what we need to do. We need to come together as a community and tell these little boys and little girls, what you’re doing is wrong.”