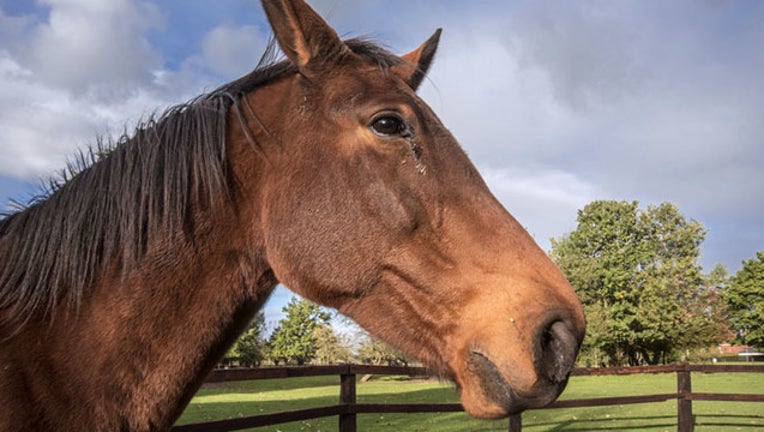 (FOX 9) - The state Board of Animal Health said three horses were put down recently after contracting three diseases that are rare in Minnesota, two of which are spread by mosquitoes.

Animal health officials confirmed a 14-year-old Belgian mare in Otter Tail County tested positive for Eastern equine encephalitis (EEE), a viral disease that causes inflammation of a horse’s brain and spinal cord. The horse was euthanized on Aug. 1. All other horses on the farm appeared healthy.

EEE is spread by mosquitoes, but horses who are bitten cannot transmit the disease to other horses or people. Minnesota has not had a confirmed case of EEE since 2001.

In Swift County, a 25-year-old mare in Swift County was put down after contracting West Nile virus, another mosquito-borne illness. The virus can cause inflammation of the brain and spinal cord.

The horse had not been vaccinated against West Nile virus, but vaccines for horses are available and have been effective at preventing infection. The owner of the property plans to vaccinate their three other horses, all of which appear to be healthy.

Another horse on the farm was euthanized three weeks earlier after presenting similar symptoms, but was not tested for WNV.

A third rare disease was reported in Pine County on Aug. 8. A horse that had just been purchased from another property in Minnesota tested positive for equine infectious anemia (EIA) during a routine screening and had to be euthanized.

EIA is primarily spread through horse and deer fly bites or by people using contaminated needles or other equipment not sanitized after working with infected horses, mules or donkeys. There is no vaccine or treatment and infected horses remain a carrier for life. EIA poses no known risk to people.

Animal health officials are investigating whether any other horses were potentially exposed to the disease.