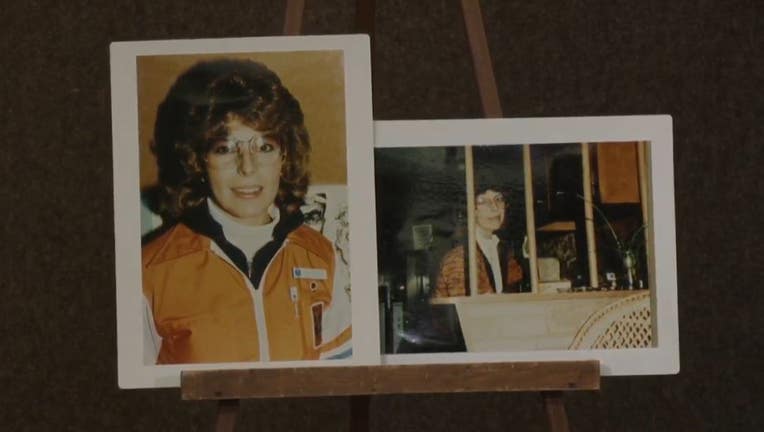 CHSIHOLM, Minn. (FOX 9) - The BCA and the Chisholm Police Department have made an arrest in an unsolved 1986 murder in Chisholm.

A 52-year-old Chisholm man was taken into custody Wednesday and booked in the St. Louis County Jail in Virginia, Minn.

He was arrested in connection with the murder of Nancy Daugherty after agents connected the man’s DNA to DNA from the crime scene.

According to police, Daugherty was last seen alive just after midnight July 16, 1986. That day, officers conducted a welfare check and found her dead inside her home. She had been beaten, sexually assaulted and strangled. Evidence showed a struggle had occurred inside and outside the home. Witnesses reported hearing screaming in the early morning hours.

Investigators interviewed and collected DNA from more than 100 people, but there were no matches that led to a solid lead in the case.

Earlier this year, Chisholm Police approached the BCA wanting to provide a sample of the DNA evidence to Parabon, which analyzes public genealogy databases. The BCA worked with Parabon and eventually helped identify this suspect.

After that, agents and investigators started surveilling the man they eventually arrested last week and obtained DNA evidence that was sent to the laboratory for analysis. Monday, investigators obtained another swab of DNA from the suspect, which was flown to the BCA's lab in St. Paul where it was confirmed to the be the man they had in custody.

“We are gratified to be able to provide some answers to this family and this community after all of these years,” said Chisholm Police Chief Vern Manner. “We are grateful as well to the BCA and so many assisting law enforcement agencies that continued to work this case over more than three decades.”

“This case illustrates why no case is ever cold for us,” BCA Superintendent Drew Evans said. “Every time we hit a dead end, investigators and scientists go back to the drawing board. Solving this case is proof of the value of tenacious work – even when it’s over a span of decades.”

The St. Louis County Attorney’s Office will charge the case as second-degree intentional murder. The suspect was 17 when the incident occurred. The investigation is ongoing and active.