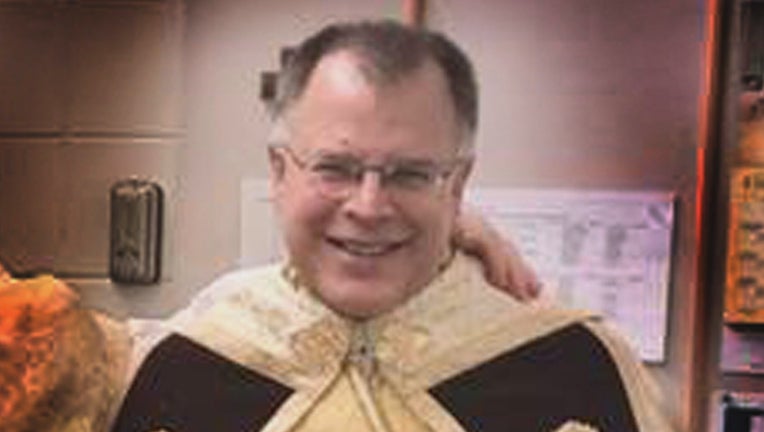 CRYSTAL, Minn. (FOX 9) - The Archbishop of St. Paul and Minneapolis says he held a meeting with the priest who pushed COVID-19 conspiracy theories during a homily earlier this month.

In a letter posted to the Archdiocese's website, Archbishop Bernard Hebda says he spoke with Father Robert Altier of St. Raphael in Crystal, Minnesota about the homily Altier gave on September 6.

A local priest is facing scrutiny over a recent homily and his stance on the coronavirus pandemic. In a homily delivered this past Sunday, Father Robert Altier spent 20 minutes explaining why he believes the COVID-19 virus was manufactured and spread on purpose.

In the homily, Father Altier told his congregation that he believes COVID-19 was manufactured and spread on purpose with help from the government.

Over the course of 20 minutes, Father Altier also urged his parishioners to forgo a vaccine.

"The General Instruction on the Roman Missal (n. 65) directs that the homily 'should be an explanation of some aspect of the readings from Sacred Scripture or of another text from the Ordinary or the Proper of the Mass of the day and should take into account both the mystery being celebrated and the particular needs of the listeners,'" wrote Hebda. "The use of a homily to present medical or scientific speculation does not serve that noble purpose and could be seen as an abuse of the cleric’s position of authority to address an issue unrelated to the liturgical celebration. In the context of the liturgy, no member of the assembly, even if the world’s greatest expert in this area, would have been in a position to contradict Fr. Altier or to offer alternative points of reference."

Archbishop Hebda says he has also spoken with the Minnesota Department of Health which sent him a fact check of the homily included in his letter.

While taking on the factual problems with the homily, Hebda did acknowledge ethical concerns about a vaccine, quoting bishops who brought concerns to the Food and Drug Administration: "It is critically important that Americans have access to a vaccine that is produced ethically: no American should be forced to choose between being vaccinated against this potentially deadly virus and violating his or her conscience."

But, the Archbishop promised to provide further materials on COVID-19 vaccines in the future.

In his homily, Father Altier claimed two vaccine candidates were using cells from aborted babies. In its critique, the Minnesota Department of Health said this could be true but Altier fails to mention which candidates. Officials also pointed to a statement from the Vatican supporting the use of vaccines made from fetal cells.

"The Vatican statement clarifies that the use of such vaccines is moral and that individuals have a moral obligation to use them for the safety of others, and especially for vulnerable people such as pregnant women and immunosuppressed persons who cannot be safely vaccinated," officials wrote.