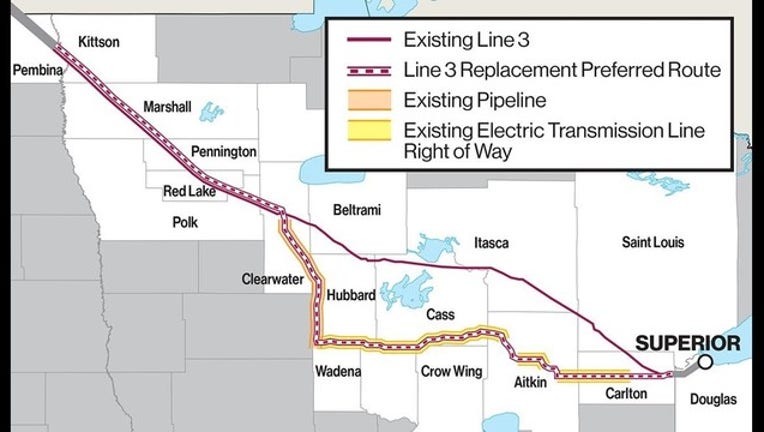 (FOX 9) - The Minnesota Court of Appeals ruled Monday that the environmental impact statement for Enbridge Energy's Line 3 pipeline is inadequate because it doesn't address the possibility of an oil spill into the Lake Superior watershed, ultimately reversing the decision made by Minnesota utility regulators.

Although the appeals court rejected most of the opponents' "assertions of error" in the EIS, they determined that the missing element of addressing the Lake Superior watershed was enough to rule it inadequate.

According to the ruling, the Minnesota Department of Commerce has 60 days to "prepare an adequate EIS" and fix the issue identified by the court.

"It's encouraging that the court rejected nearly all of the challenges brought by environmental groups who oppose this pipeline and the thousands of jobs that come with it," Daudt said. "Replacing aging infrastructure is the right thing to do for Minnesota; it's good our economy, it will grow jobs, and it will enhance environmental protection. This ruling should not change that, and should not stop this important project. The Line 3 replacement has been subject to unprecedented review, and I hope will proceed without further interference once the environmental impact statement is finalized."