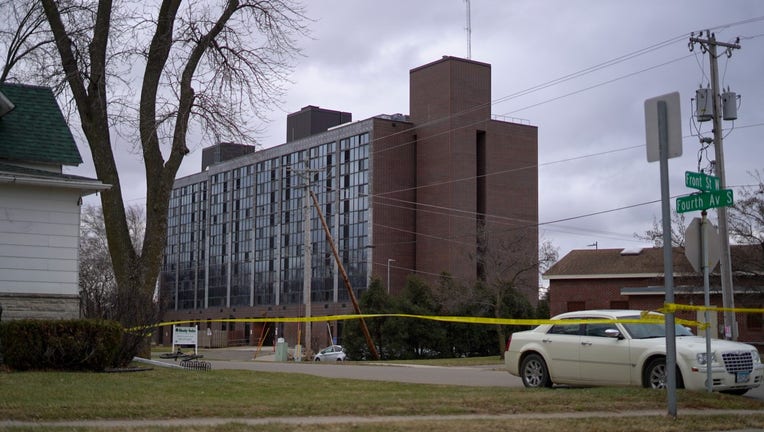 Albert Lea Police set up a perimeter after a man shot at officers, striking one in the chest. The officer is expected to be OK.

(FOX 9) - An Albert Lea, Minnesota police officer has been released from the hospital after being shot during an early morning call on Sunday.

According to police, at about 2:18 a.m. Sunday, officers responded to a report of fireworks or gunshots heard in the area of the Shady Oaks apartment building at 800 4th Avenue South.

When they arrived, investigators say a suspect, identified as 21-year-old man, shot at an officer multiple times, striking an officer in the chest and hitting the squad twice. The officer was able to relocate to a safe zone and drive directly to the ER where he was treated and released.

Albert Lea, Minn. officer released from hospital after being shot

An Albert Lea, Minnesota&nbsp;police officer has been released from the hospital after being shot during an early morning call on Sunday.

Additional officers responded and established a perimeter. The SWAT team was activated, and about 130 nearby residents were relocated to a church. During the standoff, the BCA says a Minnesota State Patrol trooper also fired shots with their service weapon. Investigators say Weiland was hit by shrapnel, but it's unclear if he was hit by gunfire.

However, police say two men were struck by gunfire during the active shooting incident: a 52-year-old man and a 38-year-old man. They are expected to survive their injuries.

The case is still under investigation. The BCA says the trooper who fired shots has been placed on administrative leave, as per standard protocol. The BCA is reviewing the use of force along with investigating the shooting of the officer.

As investigators were evacuating the apartment complex Sunday morning, the BCA says a body was found in the building. At this time, investigators say it doesn't appear the death is related to the shooting incidents. However, it's unclear how the person died.

The Albert Lea Police Department is now conducting a separate investigation into the death. The body was taken to the Ramsey County Medical Examiner's Office to determine the cause of death.

Further details will be released once a cause of death is determined.

“Our thoughts are with the Minnesotans who were hurt in the shooting in Albert Lea this morning,” he wrote. “Thank you to the law enforcement officers, including both local teams and our State Patrol troopers and Bureau of Criminal Apprehension agents, who worked to keep Albert Lea residents safe from further harm. This situation could have been significantly worse, but the suspect is now in custody.”