Rebekah Bastian shared inspiring video of her father who is battling two forms of cancer but still managed to nail an ice skating routine.

A Washington state woman posted an inspiring video of her father who is battling not one but two forms of cancer, performing an ice skating routine that took him months to learn because according to him, it’s never too late to learn something new.

Richard Epstein, 77, was diagnosed with stage 4 prostate cancer in 2020 and had been battling chronic lymphatic leukemia (CLL) for the past two and a half years, according to his daughter, Rebekah Bastian.

Bastian was brought to (happy) tears after her mother shared a video taken over the weekend of her father performing an ice skating routine with his instructor, which she decided to share on her Twitter because she felt everyone "could use a little bit of optimism."

Epstein had been ice skating as a hobby for nearly 10 years, Bastian told FOX TV Stations, but he started taking lessons about three years ago.

"He gets an idea into this head about something new to learn or try and he just does it. Like, why not learn? He’s a very ‘learn by doing’ sort of person and doesn’t perceive a lot of barriers for himself, which, I really admire," Bastian said.

Bastian added that her father likes to live in the moment, a mentality that has come especially in handy after his cancer diagnosis in 2020.

RELATED: Man wins $1M from lottery ticket he was gifted after open-heart surgery 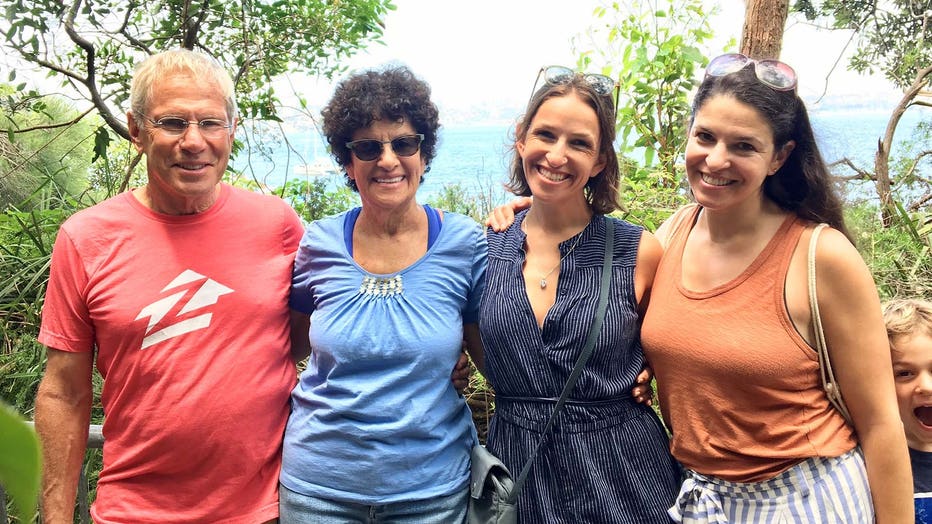 During a check-up last year, doctors discovered Epstein also had prostate cancer and he is currently undergoing different treatments for both of his illnesses but fortunately still feels "like himself," according to his daughter.

"He’s always been really good at being in the moment and being happy for the things that are going well in life, and usually those things are directly tied to his family," Bastian added.

When she received the video of her father’s stellar performance, Bastian felt compelled to share it with friends and her followers on social media because "it’s never too late to try new things." 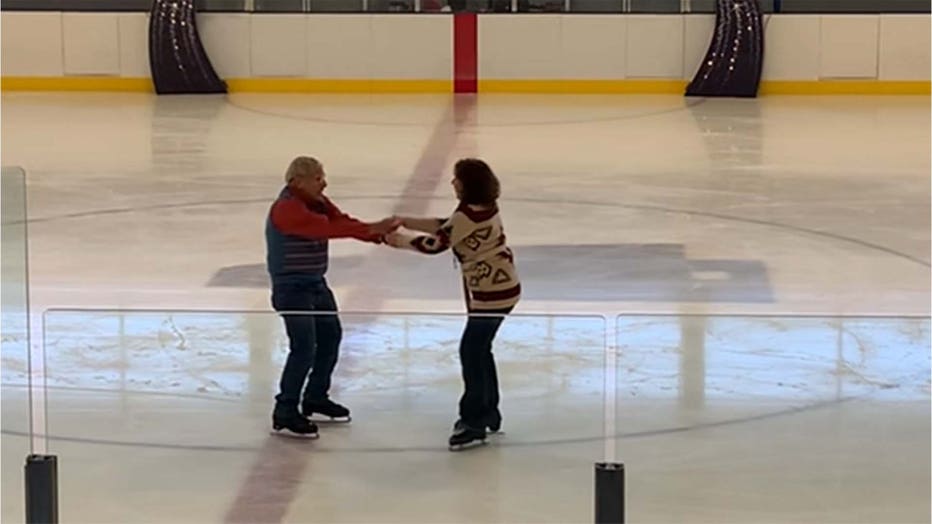 Richard Epstein takes to the ice to perform his routine, which was filmed by his wife, Bette Yozell.

"I just kept watching it over and over again. I just kept watching it and showing it to friends and my husband. I was tearing up in a happy way because it’s so beautiful on so many levels," his daughter explained. "What I shared is the fact that it’s never too late to try new things or to start something new and that’s what was really welling up inside of me watching it. That sense of hope of, we can always learn new things, there’s always new starts. We could all use a little bit of optimism right now."

The video of her dad’s performance went viral overnight after she posted it, and quickly hit well over 1 million views on Twitter.

Bastian’s father was an astrophysicist before retiring to become an inventor. He started his own company and created a device that harnesses wind energy without any moving parts. Epstein not only is an innovator when it comes to forging a new career path, but he’s also an adventurer. 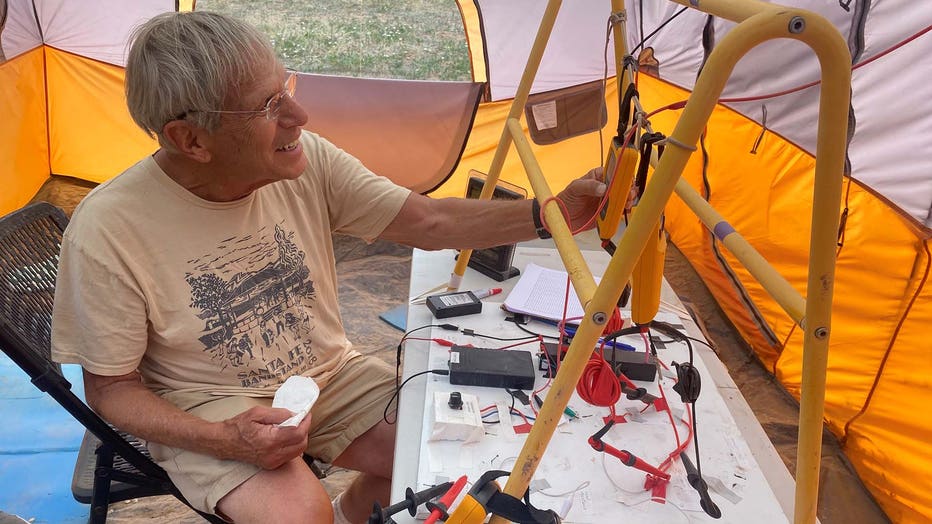 "I think he was around 60 when he summited Mount Rainier for the first time, and only time, and for his 70th birthday, I took him to do flying trapeze, which he did. He’s definitely up for an adventure," Bastian said.

Her father’s aspirations and ambition inspired Bastian to create her own company as well called OwnTrail, which is a platform for women "to visualize and navigate their paths through life" with others.

"My dad has been inspirational in helping me embrace nonlinear journeys and there being no one ‘right path,’ and in giving me the confidence to do hard things," Bastian said.

After telling her father that his video had gone viral overnight, Epstein simply replied, "Oh, how nice. I always wanted to be a famous athlete!"