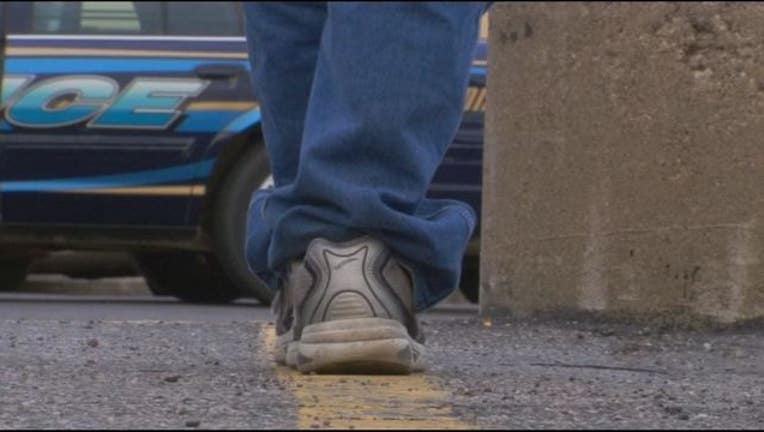 MINNEAPOLIS (KMSP) - Drinking and driving is dumb. Over the past decade, impaired driving has killed at least 80 people on Minnesota roads each year. But some drunk driving reports are particularly dumbfounding, like a driver arrested for DWI while heading to the police department to pick up his friend who was arrested for DWI just two hours earlier.

During the holiday DWI campaign that included extra enforcement from Nov. 22 (the Wednesday before Thanksgiving) through Dec. 31 (New Year’s Eve), Minnesota officers, deputies and troopers arrested 2,656 drivers for driving impaired. That’s about 250 more arrests compared to the same period in 2016, which netted 2,407 DWI arrests.

According to the Minnesota Department of Public Safety, the drunk driving arrests during this enforcement campaign include:

Double DWI, Fairmont Police Department: A driver arrested for DWI on Christmas Eve was arrested again on New Year’s Eve for DWI. Both times she was driving on the wrong side of the road.

Drunk Samaritan, Minnesota State Patrol (Thief River Falls): One drunk driver was arrested while trying to pull another drunk driver out of a snowbank.

Airborne DWI, Olmsted County Sheriff’s Office: A driver was arrested after entering the Olmsted County Parks fishing area, hitting some rocks near the lake’s edge and going airborne into the lake.

Kids in the car, Onamia Police Department: A driver was stopped for DWI while traveling with children ages 4 and 7 in the vehicle.

100 mph, .36, sideswipe, Onamia Police Department: A woman who was going more than 100 mph and sideswiped another vehicle was arrested for DWI after a preliminary breath test of .36.

DWI before court date, St. Cloud Police Department: A driver who refused a breath test recorded a .24 Blood Alcohol Content (BAC) the following day as he was about to appear before a judge.

In the Twin Cities metro area, agencies with the most DWI arrests during the campaign included:

MOST ARRESTS IN GREATER MINNESOTA

During the campaign, 12 agencies reported a BAC of .35 or higher:

A DWI offense in Minnesota can result in loss of license for one to six years, and thousands of dollars in legal costs and possible jail time. Repeat DWI offenders, as well as first-time offenders arrested at 0.16 and above alcohol-concentration level, must use ignition interlock in order to regain legal driving privileges or face at least one year without a driver’s license. Offenders with three or more offenses are required to use interlock for three to six years or they will never regain driving privileges.

Plan for a safe ride: Designate a sober driver, use a cab or public transportation, or stay at the location of the celebration.

Speak up: Offer to be a designated driver or be available to pick up a loved one anytime, anywhere. If you see an impaired person about to get behind the wheel, get them a safe ride home.

Buckle up: The best defense against a drunk driver.