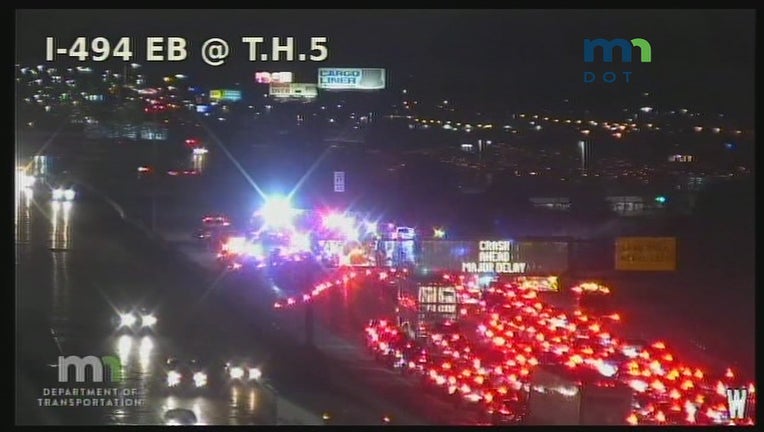 (FOX 9) - Troopers blocked most traffic lanes headed westbound on I-494 westbound near MSP Airport for a crash Wednesday night.

Traffic cameras show traffic backed up for some distance for the crash that has blocked all but one lane.

Minnesota State Patrol says they were called around 9:30 p.m. for a two-vehicle crash.

According to troopers, there are no serious injuries as a result of the collission. The investigation into the crash is ongoing.