What is Ebola virus?

What is Ebola virus and what does it do?

PORTLAND, Ore. - Four people are being monitored by Oregon public health officials after potentially being exposed to Ebola while on a recent visit to Guinea and the Democratic Republic of the Congo (DRC), according to an Oregon Health Authority news release.

The West African countries are currently experiencing an Ebola outbreak, but health officials believe the four people who recently returned to the United States are considered low risk.

"We want to make sure these individuals have the support they need to monitor their health, stay in contact with public health officials and safely get help with medical services if it comes to that," said Dr. Richard Leman, chief medical officer for health security, preparedness and response at the OHA Public Health Division.

The Ebola virus is highly contagious and can be contracted through bodily fluids such as vomit, blood, or semen. 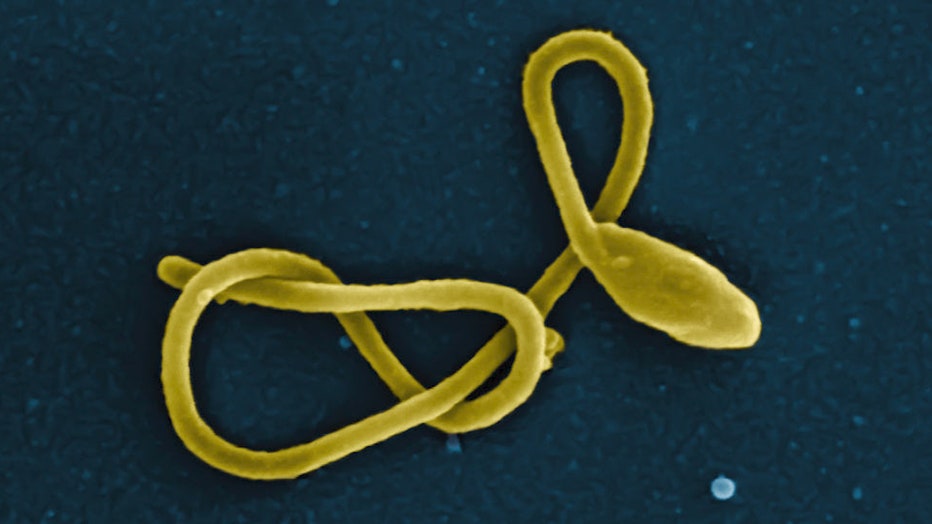 "Symptoms may appear anywhere from 2 to 21 days after contact with the virus, with an average of 8 to 10 days. The course of the illness typically progresses from ‘dry’ symptoms initially (such as fever, aches and pains, and fatigue), and then progresses to ‘wet’ symptoms (such as diarrhea and vomiting) as the person becomes sicker," according to the U.S. Centers for Disease Control and Prevention.

While Ebola is rare, if it’s not treated quickly, it is deadly.

There are currently 18 active cases of Ebola in Guinea to date, according to World Health Organization emergencies chief Dr. Michael Ryan. It is believed that the recent cases were sparked by a survivor of the devastating West Africa Ebola epidemic from 2014.

Ryan said a tiny proportion of people end up carrying the virus, but are not infectious to others "except in very particular circumstances."

The WHO has sent more than 30,000 vaccine doses to Guinea and shipments of vaccines and additional therapeutic support were en route to DCR. The Ebola outbreak that swept across West Africa from 2014 to 2016 ultimately killed more than 11,000 people."More studies are going to be needed," Ryan said. But he added that based on the available genetic sequencing data, the current outbreak was unlikely to be linked to an animal — which is how nearly all previous Ebola epidemics have begun.

"(This) is much more likely to be linked to a persistence (of virus) or latency of infection in a human." Ryan said that would probably be the longest period of time that a virus has ever persisted between outbreaks.

In February, the ministry of health in DRC declared its 12th outbreak of Ebola in the Biena Health Zone, North Kivu Province, according to the CDC.

So far, 12 Ebola cases and six Ebola-related deaths have been reported in DCR.

"Beginning March 4, CDC has required all airlines to supply contact information for all U.S.-bound travelers who have been in Guinea or Democratic Republic of the Congo in the last 21 days — the largest known incubation period for Ebola," according to the news release.

The CDC also issued a Level 3 travel advisory for both countries, discouraging any nonessential travel.