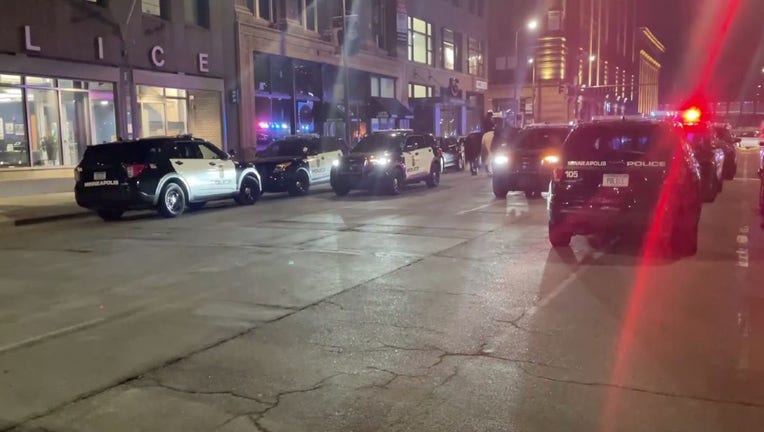 Three people, including a police officer, were injured when a fight broke out in downtown Minneapolis.

According to police, at about 2:10 a.m., officers were working the downtown business district for bar close when a fight was reported at Hennepin Avenue and 5th Street North. During that time, a report of a stabbing came in at the same location.

Police said officers were able to break up the scuffles, and two people were found with substantial head injuries. Eventually, a crowd gathered, and more fights broke out, with some violence aimed at the police.

One officer and two other people were transported to the hospital with head wounds.

Five people were either cited or booked on several different charges. The case is still under investigation.