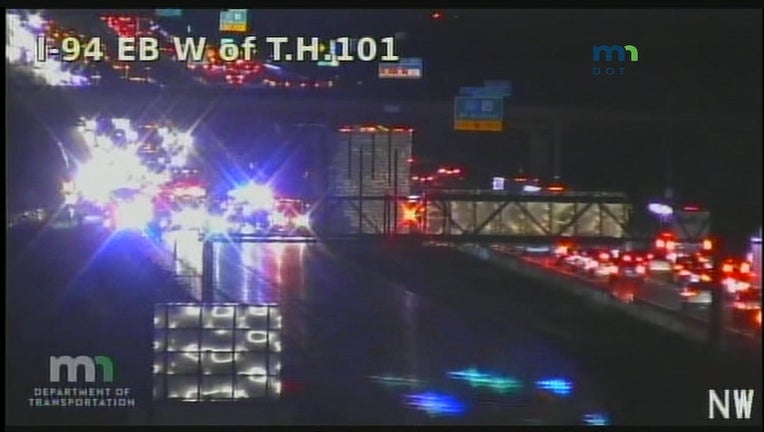 Authorities responded to a crash on I-94 near 101 on October 15, 2019. (Minnesota Department of Transportation)

ROGERS, Minn. (FOX 9) - Emergency crews responded to a crash Tuesday night on I-94 near Highway 101 in Rogers, Minnesota.

According to the incident report, the crash happened around 7:19 p.m. A Chevrolet Cavalier was heading eastbound on I-94 when it crashed into a Chrysler Town and Country, which was stopped. The impact caused the minivan to hit the rear of a semi truck. The Chevrolet Cavalier ended up in the west ditch, while the minivan came to a stop in the east ditch.