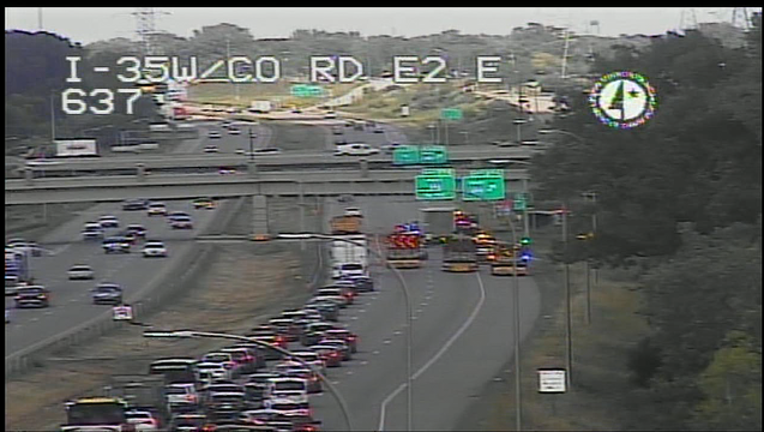 Around 12:19 p.m., all five vehicles were headed northbound on 35W and were caught in stop and go traffic when a Volvo semi rear-ended a minivan, pushing it into a Ford semi, which then hit the Kenworth semi in front of it. The minivan then swung out and hit a Tahoe in the center lane.