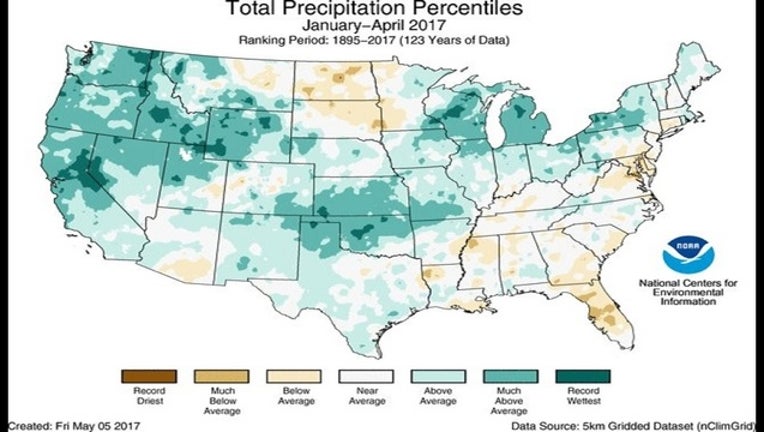 KMSP - While it hasn’t been particularly wet in Minnesota, in fact it’s been pretty average so far this year, it’s been super wet in many other parts of the country.  The first four months of the year was actually the 5th wettest time period on record for the U.S. as a whole.  That’s a pretty big deal, considering the endless drought that has plagued the west and has surged in many other parts of the country in previous years.  It was the wettest first 4 months ever in parts of the west, southern plains, and areas of the Great Lakes.  The Sierra’s saw tremendous snow, along with peaks from eastern Washington down to the Wasatch of Utah.  Areas just northwest of Oklahoma City were also very wet.  And then just southeast of our neck of the woods from Rochester to Winona, northwest to the Dells and Rhinelander have seen the wettest start to the year.  The few locations that have had a dry start have been parts of the Dakotas and western Minnesota… much of Florida… and the DC/Baltimore area.