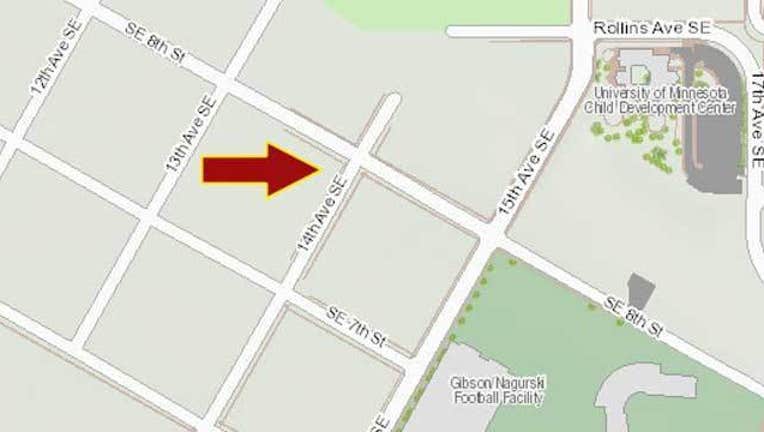 Minneapolis police are investigating the robbery of two people, including a University of Minnesota student, near the intersection of 8th Street SE and 14th Avenue SE. While technically off-campus, the crime happened in a popular residential area, just one block from the university's athletic complex.

According to a University of Minnesota crime alert, the two victims were walking on 14th Avenue when a man came out of the bushes near a house and demanded their valuables. The suspect implied he had a gun, but never pulled out a weapon.

The suspect took both victims' purses and a phone, then fled westbound on 8th Street SE. Police searched the area, but were unable to locate the suspect. No injuries were reported.

Black male with dark complexion
20 to 23 years old
5'9 to 6 ft tall
Medium build
Shoulder-length hair in cornrows or dreadlocks
Wearing dark jeans, a gray zip-up sweatshirt and black gloves at the time of the robbery