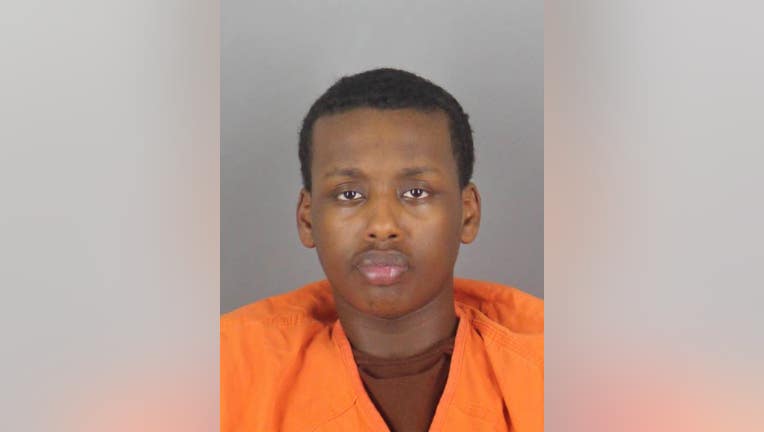 The shooting occurred Friday night around 6:30 p.m. at 23rd and Aldrich avenues north in the Hawthorne neighborhood. The victim was found there and was pronounced dead a few minutes later.

Mustafa Ali was shot three times in the chest and was a known high-ranking member of the Somali Outlaws gang. Police say Mahad Ali is a member of the 1627 Boys, a rival gang.

According to the charges, "both gangs are known for retaliatory and escalating violence that often manifests itself in drive-by shootings, attempted murder and murder. They are known by law enforcement to attack each other over using the same drug dealers."

After the incident, a vehicle arrived at Hennepin Healthcare, and Mahad Ali ran to the front door saying he had been shot. He underwent surgery for a bullet wound.

According to witness interviews and surveillance video, one of the 1627 boys picked up a drug dealer and drove him to 23rd and Aldrich avenues so the dealer could sell to Mahad Ali, who got into the car, too.

Less than a minute later, Mustafa Ali walked up to the backseat door of the car and the two men fired at each other.

Mahad Ali’s mother told police her son and the victim had “a beef” for months, even visiting Mustafa Ali's mother previously to try and reconcile.