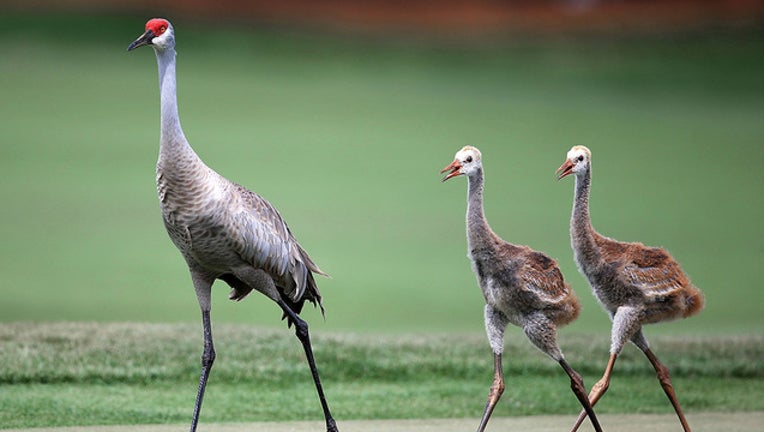 MELBOURNE, Fla. (AP) - The Florida Highway Patrol says a 100-year-old man was killed when the car he was riding in hit other vehicles that had stopped to avoid hitting a group of sandhill cranes in the road.

Lt. Kim Montes says two drivers were stopped to let the cranes cross when 39-year-old Suzanne Clark swerved to avoid hitting the cars. Clark saw the cranes and swerved again and hit the vehicles. Her father, Robert Schantz, was taken to a hospital where he died.

Montes says Clark and one of the other drivers sustained serious injuries. The third driver had minor injuries.

The sandhill cranes were not hurt.