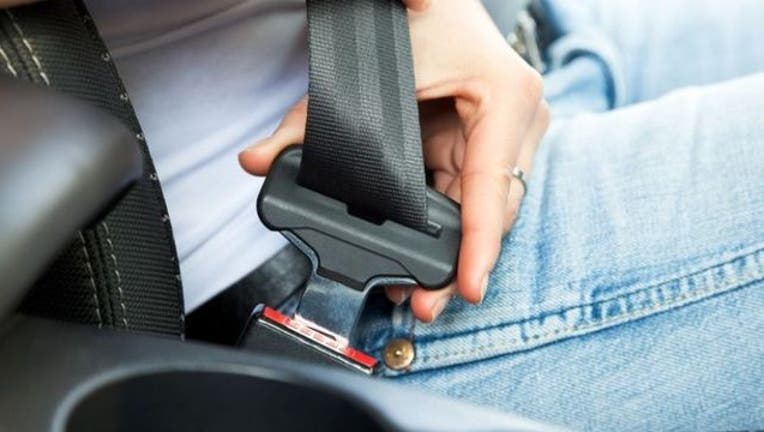 According to the Minnesota State Patrol, a young woman's death inspired the law to be passed in 2009.

The Click It or Ticket campaign, which runs May 20 through June 2, reminds motorists that seat belts and car seats will protect them in a crash. The state’s primary seat belt law requires drivers and passengers in all seating positions to buckle up or be seated in the correct child restraint.

The law took effect on June 9, 2009 in honor of 15-year-old Meghan Cooper, who died in 1999 after she was ejected from the rear seat of a car during a crash. She was not wearing a seat belt.

According to officials, one year before the law was passed, 152 unbelted motorists lost their lives on Minnesota roads. In 2018, preliminary numbers show that number decreased to 92.

Seat belts must be worn correctly — low and snug across the hips, and shoulder straps should never be tucked under an arm or behind the back.

Children 8 years old (or 4' 9'' or taller) should wear a seat belt when they can sit with their back against the vehicle seat, knees bent comfortably and completely over the vehicle seat edge without slouching, and feet touching the floor.

In Minnesota, all children must be in a child restraint until they are 4 feet 9 inches tall, or at least age 8, whichever comes first.

Rear-facing seats - All infants and toddlers should ride in a rear-facing car seat until they have reached the height and weight limits allowed by the car seat manufacturer.

Booster seats - For school-age children who have reached the height and weight limits of the forward-facing seat. The booster must be used with a lap and shoulder belt.