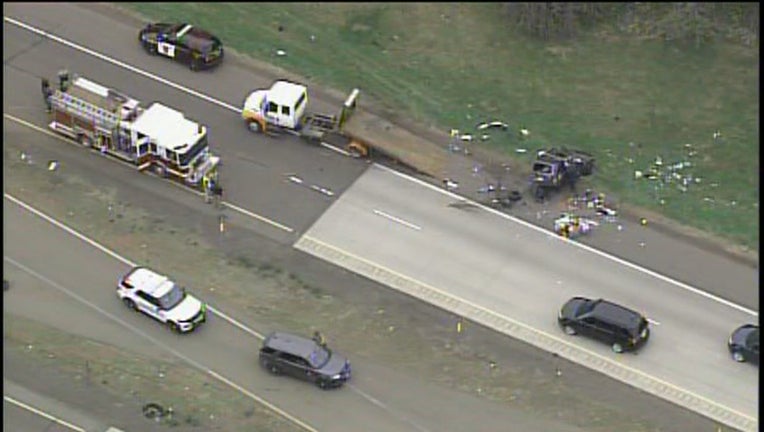 Aerial video shows the damage left behind by Friday afternoon's crash along I-35. (FOX 9)

(FOX 9) - One man is dead and two others have suffered life-threatening injuries following a crash Friday afternoon along I-35 north of the Twin Cities metro.

Minnesota State Patrol responded around 4 p.m. for the crash in the southbound lanes of I-35 near Highway 61.

At the scene, one person was pronounced dead. Two others were airlifted to the hospital for treatment.

Police say the early investigation indicates that a SUV headed south on I-35 drifted into the median and collided with a northbound KIA Sportage. The driver of the Sportage was killed.

It's unclear what caused the SUV to go off the road. The investigation into the crash is ongoing.