KMSP - So far for the month of November, we have seen temperatures more reminiscent of January, more cloud cover than any of us want and some occasional snow. But, that snow has yet to total an inch or more of accumulation in any individual event in the Twin Cities, unlike many other spots across the Upper Midwest.

You could say that the Twin Cities and parts of central Minnesota are in a snow hole. Many of these areas have seen less than 2 inches of snow so far. 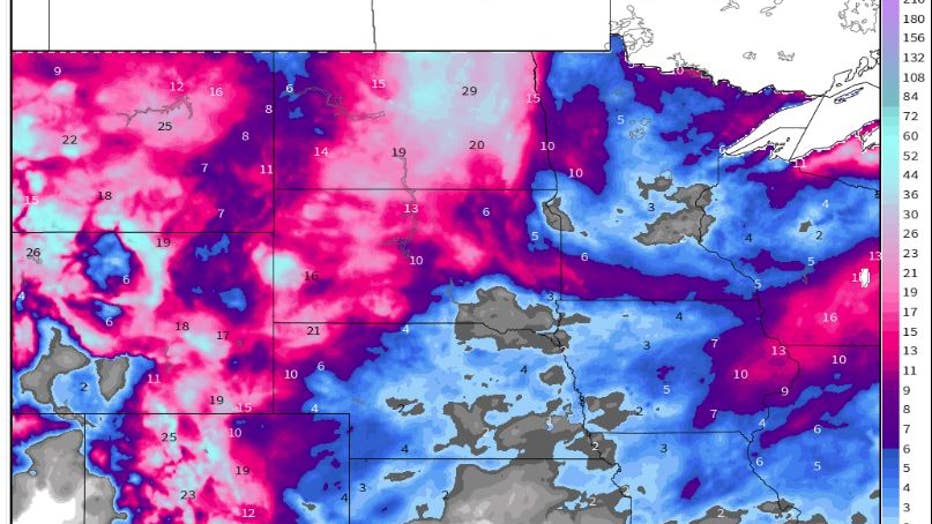 Season snowfall totals through November 19th across the Upper Midwest

Looking at the entire Upper Midwest though, it is a far different story. Parts of southern Minnesota and the Arrowhead have already seen more than 10 inches of fluff. Look east or west, and they are already measuring season snowfall in feet with nearly 20 inches in parts of Wisconsin and over 3 FEET in parts of the Dakotas. Even sections of eastern Iowa are close to a foot of snow. So, if you do not like the snow, then living in the Twin Cities so far this season, has been a blessing.

This somewhat unusual snowy month in the Midwest aside, Nov. 19 is the day the Twin Cities receives our first 1 inch or more snowfall of the season on average… with records dating back to the 1880s. That means, in the “typical” year, the first snowstorm to tally an inch or more in the metro occurs on this date. If we look at trends that are more recent though, say the 21st century, that date pushes back five days to the 24. 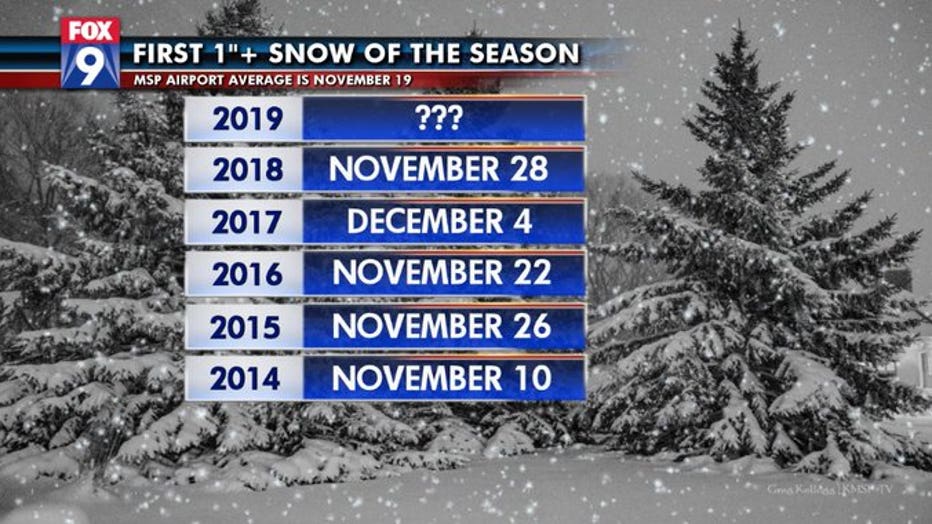 Over the last few years, it has been pretty consistent with that first 1-inch snowfall coming in late November more often than not. While there is another opportunity for some light snow early Thursday in the Twin Cities, the chances for any major storm are near zero through early next week. So, it could easily be another week before getting that first 1-inch storm.