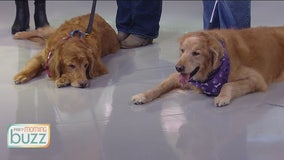 If you're in search of a furry friend... standby for an adorable solution. This weekend, Union Depot in Saint Paul is undergoing a transformation into the Doggie Depot. Otis and Missy, and a few of their human friends, stopped by the Buzz with the details. 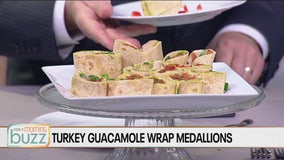 The Super Bowl means a big game with big food. But why not have great tasting foods that leave you feeling good too?! Chef Marshall O'Brien stopped by the Buzz with a game plan for a tasty, yet nutritious Super Bowl spread. 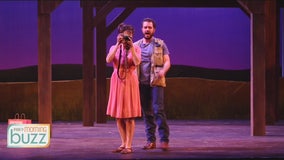 When a handsome stranger pulls into her driveway, an Iowa housewife is changed forever. Based on the hit novel and 1995 film, "The Bridges of Madison County" is getting new life as a musical. The show is now playing at Artistry Theater in Bloomington and the stars of the show stopped by The Morning Buzz to talk about the story's transformation to the stage. 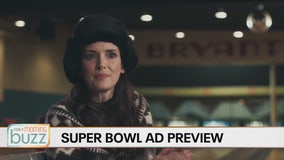 With the big game just days away, advertisers are already rolling out their expensive spots. At the top of the list... a commercial shot right in Winona, Minnesota. Mike Caguin from Colle McVoy stopped by the Buzz with the ads expected to have people talking. 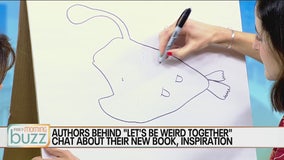 Being in love can lead to delightfully weird habits that make couples unique - that's the theme behind a new book, "Let's Be Weird Together." The illustrated book is part history lesson, part comedic relief. Authors Brooke Barber and Boaz Frankel stopped by the Buzz to discuss their inspiration behind the book. 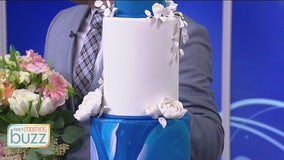 From unique flower bouquets to new color trends, weddings of the new decade are about to look a lot different than years past. Thankfully, planning for an on-trend extravaganza has never been easier. Matthew Trettel from The Wedding Guys stopped by the Buzz with the year's top trends and a preview of the Twin Cities Bridal Show. 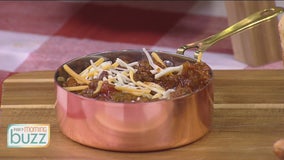 We're deep into winter and that means indulging in meals that nourish our bellies and comfort our souls. Food & Dining editor from MSP Magazine Stephanie March stops by with her picks that will help you get through the chills of the season. 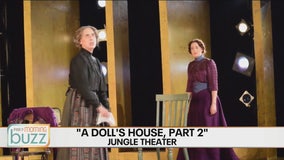 Now playing at Jungle Theater, "A Doll's House, Part Two." The show continues a story that began more than 140 years ago. Two stars of the production stopped by the Buzz with a preview. 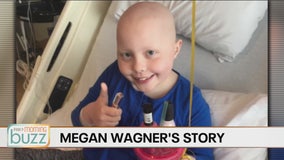 FOX 9 introduced you to 9-year-old Megan Wagner during our 12 Days of Giving campaign last fall, a fundraiser for "M Health Fairview University of Minnesota Masonic Children's Hospital.". Megan has a rare form of cancer called osteosarcoma. Now Megan and others are working to give back to the hospital and raise money for cancer research. 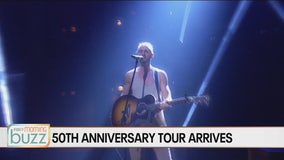 50th anniversary tour of "Jesus Christ Superstar" arrives in Minneapolis - but this isn't your grandma's "Superstar". The stars of the show stop by the Buzz to chat about how their production honors the original concept album while introducing the show to a new generation. 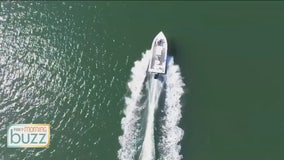 The lakes may be frozen but boat enthusiasts will be revving their engines at the Minneapolis Boat Show. The Morning Buzz got a look at some of the new products expected to make a splash. The boat show runs through Sunday at the Minneapolis Convention Center. 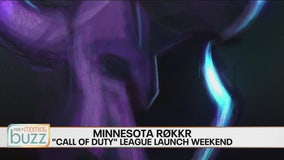 The evolution of video games to e-sports continues to take the world by storm and now a Minnesota e-sports team is answering the call. This weekend at the Minneapolis Armory -- the Minnesota RØKKR will launch its inaugural season. The Morning Buzz got a special preview. 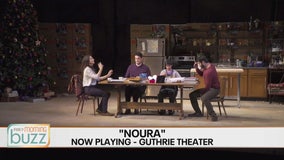 It's Christmas Eve and a newly minted U.S. citizen is preparing to host an Iraqi meal. As the night goes on, secrets are revealed and the evening begins to unravel. The star of the Guthrie's production of "Noura" stopped by the Buzz to chat about the show, which plays the Guthrie through Feb. 16th. 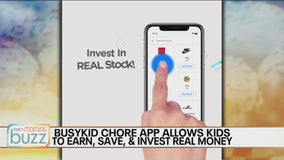 New chore app allows kids to earn, save and invest real money. The co-founder and CEO of BusyKid stopped by the Buzz to explain how parents can use the app to teach their family valuable financial lessons. 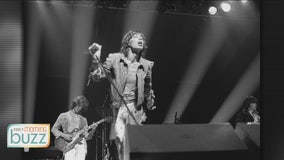 A new book takes us inside the concerts, the tours, and dressing rooms of some of the biggest names in rock 'n' roll. "When the Stones Came to Town" features the ultimate trip down memory lane for Twin Cities music lovers. The authors behind the book stopped by the Buzz. 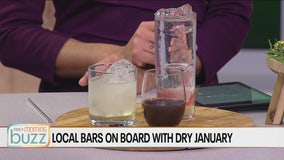 For a lot of folks, dry January is still in full swing.. even if you slipped a sip in there at some point. If you're looking for a reason to cut back this month, local bars are on board with the mission. Food and Dining editor from MSP Mag, Stephanie March, stopped by with some alcohol-free options. 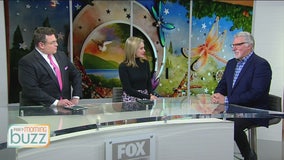 Hometown hero Jack Morris stops by the Morning Buzz to preview his 8th annual Home Plate Gala benefitting Crescent Cove. Of course, while he was here... he talked some baseball, including the Twins' mega deal with Josh Donaldson. 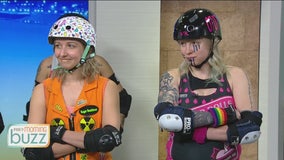 They are tough as nails... with a need for speed. The Minnesota Roller Derby is blasting into a new decade this weekend at Roy Wilkins Auditorium in Saint Paul. The skaters stopped by the Buzz to preview their big bouts. 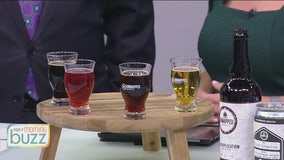 Just because it's winter... doesn't mean Minnesota craft brewers are slowing down. This Friday, they're showing off their best winter beers at Winterfest 2020. From a new home to new sips, the Minnesota Craft Brewers Guild gave the Buzz a preview of what to expect. 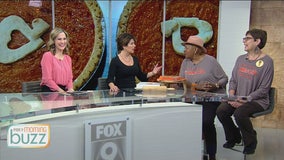