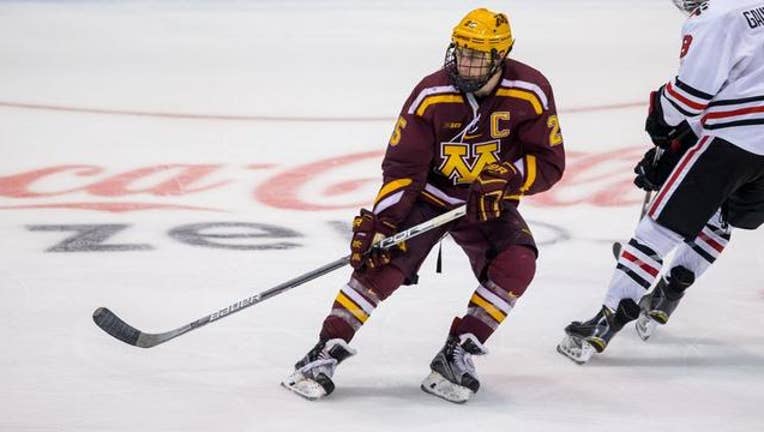 The 23-year-old forward from Lakeville was the team’s captain for his last two seasons at the University of Minnesota. He ended his senior season with 18 goals and 25 assists and helped the Gophers advance to the NCAA tournament last weekend, where they lost in the first round to Notre Dame.

Kloos tallied 150 points during four seasons with the Gophers. He reportedly never missed a game during his collegiate career, according to press release. He won the Minnesota Mr. Hockey Award in 2012 while playing for Lakeville South High School.

Kloos will report to the Wild’s American Hockey League affiliate in Iowa on an amateur tryout agreement for the remainder of the season.