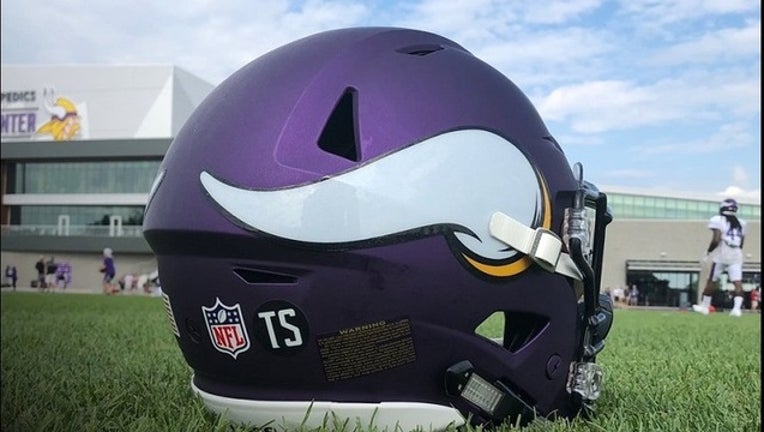 EAGAN, Minn. (KMSP) - The Minnesota Vikings will wear helmet stickers this season to pay tribute to offensive line coach Tony Sparano, who passed away on July 22. The black helmet stickers have “TS” in white letters.

Sparano joined the Vikings in 2016 as offensive line coach and had previously worked with Coach Mike Zimmer. He was 56 years old.

“We’d been together for quite awhile, so we had quite a relationship,” Zimmer said when the team opened training camp without Sparano. “He was a good football coach. A good man. You know, loved his grandkids. So, we’re all really fortunate to get a chance to be around him. Everybody, all the players, unfortunately time came too short.”

According to the Hennepin County Medical Examiner, Sparano died of arteriosclerotic heart disease and the manner of death is natural.

Before joining the Vikings, Sparano was the head coach of the Miami Dolphins from 2008 to 2011.

“Tony was such a critical part of our success,” said Vikings general manager Rick Spielman. “Not only as a football coach, but what he stood for as a man. All the tweets and all the condolences that came out in the media that the fans and everybody understands that what a special person and what Tony meant to everybody that he touched.”

He is survived by his wife and three children, along with four grandchildren.