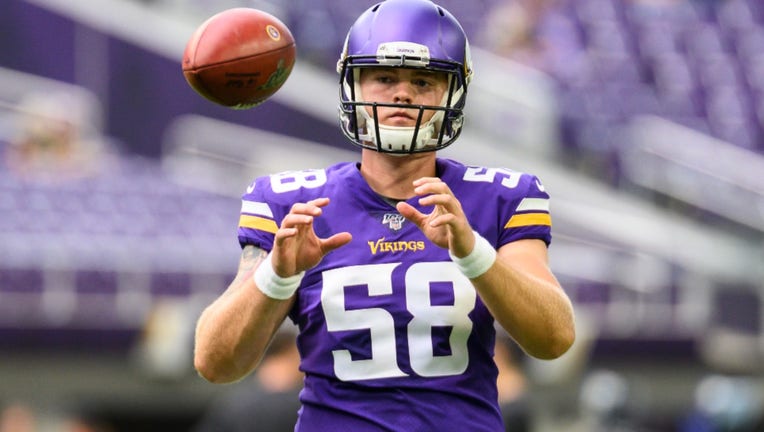 Austin Cutting #58 of the Minnesota Vikings on the field before the game against the Arizona Cardinals at U.S. Bank Stadium on August 24, 2019 in Minneapolis, Minnesota. ((Photo by Stephen Maturen/Getty Images))

MINNEAPOLIS - We don’t know yet what the NFL regular season will look like, but the Minnesota Vikings released their 2020 preseason schedule last Friday.

The Vikings travel to Cincinnati for their second preseason game, a 6 p.m. kickoff against the Cincinnati Bengals on Aug. 21. The third preseason game is on the road against the Cleveland Browns on Sunday, Aug. 30, set for 3 p.m. That will be the first time the Vikings see former offensive coordinator Kevin Stefanski, who departed after last season to take the Browns’ head coaching job.

All Vikings preseason action will be broadcast on Fox 9. What we don’t know yet is if fans will be allowed in the stadium for games in the 2020 season due to the Coronavirus pandemic. The Vikings will also face the Texans and the Seahawks in the regular season.