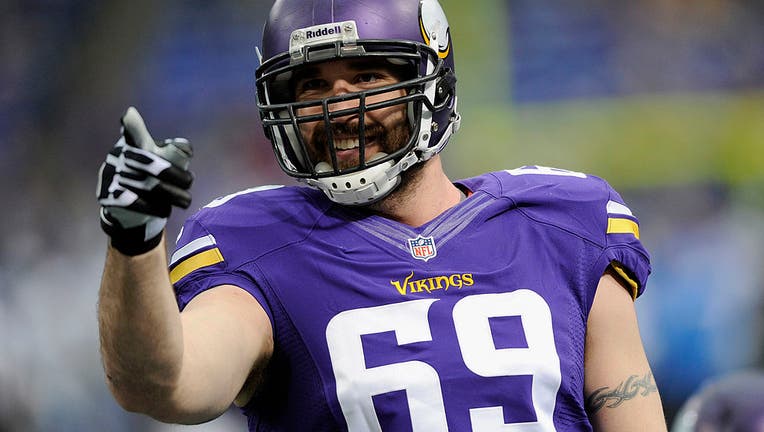 MINNEAPOLIS, MN - DECEMBER 29: Jared Allen #69 of the Minnesota Vikings looks on before the game against the Detroit Lions on December 29, 2013 at Mall of America Field at the Hubert H. Humphrey Metrodome in Minneapolis, Minnesota. (Photo by Hannah F ((Photo by Hannah Foslien/Getty Images) / Getty Images)

Tuesday, the Pro Football Hall of Fame announced Allen was a finalist among the modern-era players.

While Allen began his career with the Kansas City Chiefs, Allen's longest tenure came with the Vikings from 2008 to 2013. He was selected for five Pro Bowls and recorded a career 136 sacks, putting him 12th on the all-time list. He also has 171 career tackles for loss and 32 career forced fumbles.

From the 15 modern-era finalists, the committee will elect up to five to join the Hall of Fame. Those players must have a minimum positive vote of 80 percent to be elected. Voting on the entrants to the hall will be conducted later this month, with the inductees announced during Super Bowl week.