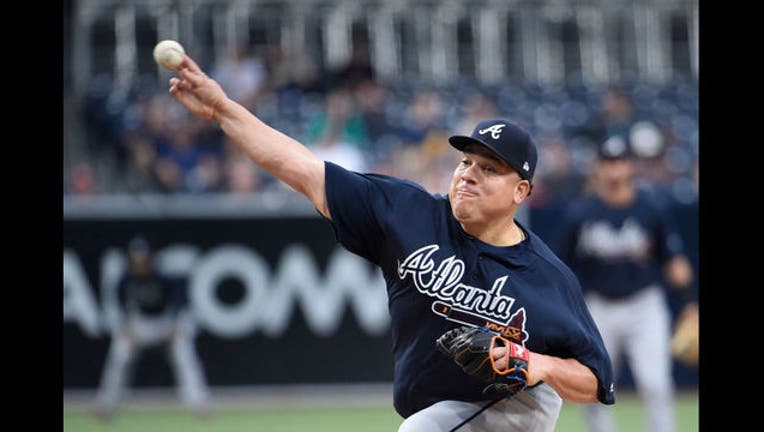 SAN DIEGO, CA - JUNE 28: Bartolo Colon #40 of the Atlanta Braves pitches during the first inning of a baseball game against the San Diego Padres at PETCO Park on June 28, 2017 in San Diego, California. (Photo by Denis Poroy/Getty Images)

According to a Twins spokesperson, Colon will be reporting to AAA Rochester next week.

The 44-year-old has had a 20-year career in the majors with stints with the Cleveland Indians, Montreal Expos, Chicago White Sox, Los Angeles Angels and more.

The Cy Young Award winner and four-time All-Star was most recently with the Atlanta Braves before getting designated for assignment last week. With the Braves, he was 2-8 with an 8.14 ERA.

The braves pay the majority of Colon's $12.5 million contract, the Twins will just have to pay a pro-rated portion of the major league minimum which is $535,000 if he makes the Twins roster.